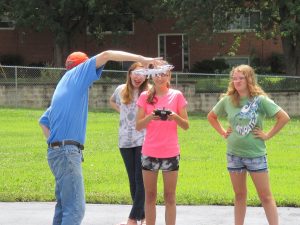 What began as a casual conversation has become a big project for the Eureka Public Library.

The Quad Squad project began to fly at the library, and is now being shared in other libraries across central Illinois, thanks in large part to a grant through the Illinois Prairie Community Foundation.

The Quad Squad program is a flight training program for middle school children. The program teaches the basic concepts of aviation, provides training on a flight simulation program, and cumulates in flying time with remote controlled hobby-sized drones.

“The program concept came about during a conversation concerning a young man who was spending his time on activities that got him into trouble at school, and ultimately with the law,”  Eureka Public Library Director Ann Reeves said.

“One of the men said he wished the library offered programs that went beyond reading. I remarked we did. This took us towards a discussion on what activities men in this group would find interesting,”  she continued. 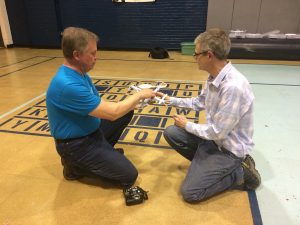 “We began to think about the newer remote controlled aircraft that were popular. It was a stretch to make it work, but with the help of great volunteers, and the grant funds provided through the Illinois Prairie Community Foundation, the “Quad Squad” program began to take shape,” Reeves said.

A middle-school age group meets at the library after school one day a week, and this group was the start-up for the Quad Squad.

By the end of the summer they were flying video-equipped drones, then editing videos and pictures which they would later post to the library website and Facebook pages. 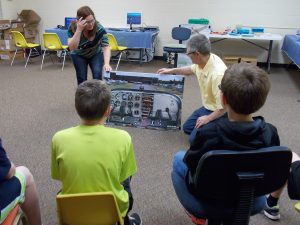 By late fall other libraries were talking with Eureka Library about the program. The program has since been repeated at the Chenoa Public Library and with the after school program offered at Prairie Central Elementary.

The Quad Squad program is headed to Towanda District Library in June, and plans are underway for Fondulac Public Library in East Peoria after Towanda.

“It is a great program” said Reeves. “The kids quickly pick up the concepts of aviation and use the computer program to develop the skills they need for successfully controlling the drones. “We have the kids work in teams so they watch one another, and tell each other how to improve. We feel the program is a huge success. In fact, we have had several of the students purchase their own equipment following the library programs because they enjoyed it so much,”  she said.

Hed: Drones for check out

The Eureka Library held its first adult training class in April as well, and plans to offer the hobby drones for two-day check-out with a Eureka Public Library District card.

The video-camera equipped drones are smaller than those requiring registration with the FAA and run on rechargeable batteries.

The drones come with mini SD cards for video and photo capture. For more information about this program, residents can contact  Ann Reeves at the Eureka Public Library (309) 67-2922.

— Drones take to the Eureka skies with library program —