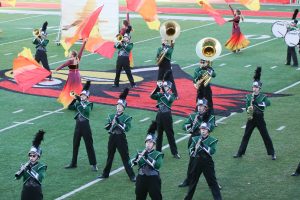 The band’s 71.9 score that morning was the highest ISU Preliminary score in the history of the EHS Band program. In finals that evening, Eureka outscored a band in a higher class for only the second time in competitive history, finishing in 14th place overall.

Reflecting on the season band director Todd Stalter stated “I think for all of us in the state who work with high school marching bands, it’s been a season full of emotions, of highs and lows and unexpected events and problems that threw many of our best laid plans completely out the window. Adaptation and flexibility has been key to making the best of the 2021 season for our students. “ 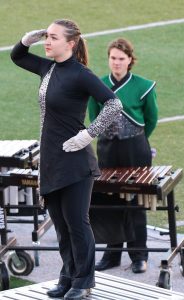 “She is an amazing field conductor and led the band with energy and conviction. There is no doubt a good deal of our success this fall is due to her and to our wonderful vocal and mellophone soloist Lily Wegner. It was so gratifying to work with all of the kids in this band, and also with our outstanding new EMS band director Ben Wyland, who added so much to our visual program and to the efforts of the drumline,” he said.