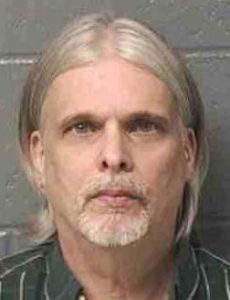 A Eureka man has been arrested and extradited for the 1986 murder of a 13-year-old Tacoma, Washington girl.

Robert D. Washburn, 60, of 707 Bullock St. Apt. A, was taken into custody by Illinois State Police on May 10 on a Washington state fugitive warrant for the disappearance and murder of Jennifer Marie Bastian, who was reported missing on Aug. 4, 1986. Her body was discovered more than three weeks later in a wooded area near Point Defiance Park, where she was said to have gone to train for a bike tour of San Juan Islands.

Crime lab tests confirmed that Bastien was raped and died by strangulation. A semen sample was cultivated from a blue one-piece swimsuit Bastien was wearing, and Washburn voluntarily submitted his DNA in March 2017.

According to a probable cause document filed in Pierce County, Wash. Washburn’s name was on a list of suspects police generated in 2016.

On May 3, Washburn’s DNA was matched to the sperm sample by the Washington State Police Crime Lab using DNA phenotyping, which has a probability for error of one in 57 trillion.

Washburn is being held in the Woodford County jail without bail, pending extradition.

Jennifer Bastian was born in Chicago on April 15, 1973 to Ralph and Pattie Bastien, who currently live in Tacoma. 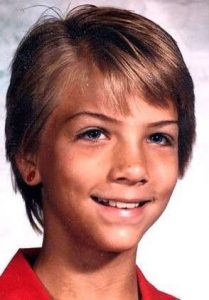 “We wish to thank TPD, detectives, cold case unit and linsey Wade for their perseverance in handling Jenni’s case,” wrote the victim’s mother on her Facebook page May 11. “No one ever gave up and we care for each and every one of our dedicated law enforcers. Thank you so much.”

According to the probable cause document, Washburn became a suspect after calling police to tell them he witnessed a man jogging in a nearby park who matched the description of the murder suspect.

He also told prosecutors he frequently jogged in that area, and noticed a foul smell there before Bastien’s body was found.

Washburn was taken into custody by Illinois State Police at his residence and is being held in the Woodford County jail without bail, pending extradition.

WEEK Channel 25 News spoke with Washburn’s neighbors at Woodridge apartments, who said they were “shocked” by the news.

Jennifer Hailey told reporters her 11-year-old daughter frequently visited Washburn, and neighbor Gary Winthorpe described the suspect as “nice and friendly”, though others found Washburn’s behavior peculiar and said he was secretive about his past.

Washington is a capital punishment state.

The last inmate to be executed was Al Coburn Brown for the 1991 rape and murder of 21-year-old Holly Washa.