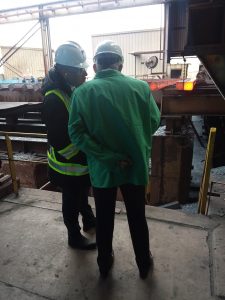 On Jan. 16, the English billionaire paid a first-ever visit to Keystone Steel and Wire in Bartonville following the December announcement of the sale.

Gupta launched Liberty House in 1992 as a student at Trinity College, Cambridge, and began as a trading company with a focus on Africa and Asia. In 2009, he began acquiring steel plant in Africa and has since branched into numerous divisions including commodities, recycling, steel, aluminum and engineering.

“I believe that GFG Liberty Steel will catapult toward our ambitious target of reaching 5 million tons of GREENSTEEL production in the U.S. within two years,” Gupta told an audience of steelworkers, politicians and industry representatives before touring the Bartonville plant.

“That is, some would say, an ambitious target, but in a country which is the largest importer of steel and, also, the largest exporter of scrap, we see a very clear opportunity, and that opportunity is made abundantly clear by this plant itself,” he said.

The Liberty Steel Bartonville plant, he said, previously produced a bit more than half of its capacity — 1.1 million tons. Gupta said he plans to grow to capacity within two years, then increase that capacity and hire more workers.

In July 2018, Gupta reopened the long-shuttered Georgetown, S. C. steel mill and made good with his promise to rehire 150 displaced steel workers. Liberty Steel Georgetown has two furnaces and is currently operating with one furnace.

“Every month, every week, we break production records,” he said of Georgetown. “We will continue to increase production there until we exhaust the current furnace’s capacity, and then we will restart the second furnace … until we exhaust production capacity of that furnace as well.” 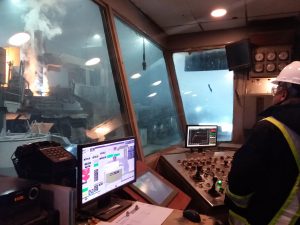 Gupta’s global workforce is around 15,000; all of whom, he said, are considered “family” and a key component to Liberty’s ongoing success. The family concept is part of Gupta’s social sustainability concept, “look after your family first.”

It’s a concept that’s been proved at Liberty’s Newport mill. In 2013, Gupta purchased the ailing United Kingdom mill and paid its 150 laid-off workers half of their previous salaries until the plant was fit to reopen in 2015.

“Mr. Gupta wanted to ensure those workers were taken care of,” GFG Alliance spokesman Eoghan Mortell said. “He told them they could go pursue other jobs, and he would continue to pay them half of their salaries until he hired them back.”

The Newport plant has since increased production from 50,000 tons in 2013 to 370,000 tons last year, with plans to displace foreign imports to the UK in 2019. In the U.S., Gupta plans to leverage the ample supply of scrap metal to increase domestic production.

“It’s a very simple idea. There is nothing complicated about what we are trying to do, we will just do it with hard work, with honesty and will do it relentlessly,” Gupta said of the Bartonville plant. “We will make steel here, we will double the capacity of this plant, and we will do it within the next two years.”

State senator Dave Koehler, D-Peoria, was among the officials present at the Bartonville ceremony, and lauded Gupta for his perseverance in the steel industry. 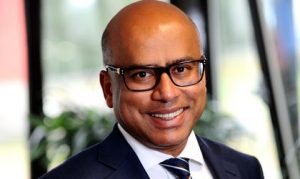 “GFG Alliance has a goal of becoming the nation’s leading steel producer, and a track record of reinvigorating local steel operations,” he said. “The bottom line is this is good news for our area.”

Republican Congressman Darin LaHood was not present, but sent a video message from Washington, D.C.

“Peoria has a rich history of manufacturing and a highly-skilled workforce, and I know that Liberty’s going to be successful in Peoria,” LaHood said. “We’re excited to have you, look forward to being helpful and look forward to your success in the future.”

“In short, we believe there is a good demand for steel in this market, there is raw material available for generations to come, there is highly skilled and highly motivated and committed workforce right in this plant,” Gupta explained. “There is absolutely no reason whatsoever that America should not make more of its steel at home, rather than importing it.”

In line with sustainability, Gupta plans to take a close look at energy costs in Bartonville and make improvements that will meet the energy needs that will be required as the plant continues to increase steel production.

“Where we don’t have competitive energy price, we are willing to invest in making that more competitive, as well,” Gupta said. “Even here in Peoria, Illinois we are going to examine the possibility of building a power station to feed our expansion of steel capacity here.”