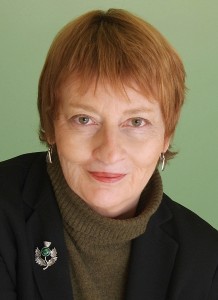 Not many of us think about needing air ambulances. We don’t dwell on that possibility, but for people hurt in car accidents or who live in smaller or rural communities without medical care at hand, being airlifted to a hospital can mean the difference between life and death.

Increasingly, the service also can mean the difference between getting well at a price you can afford or at a price that could push you over a financial cliff. Air ambulances have become the centerpiece of a nationwide dispute over balance billing, a practices that requires unsuspecting families, even those with good insurance, to pay a large part of the bill.

In Nebraska a woman who was injured when her van rolled on a gravel road found herself with a $44,000 air ambulance bill. Her insurance paid most of the bill. A North Dakota man who got a $67,300 bill from a company that transported his wife to the Mayo Clinic had to pay more than $50,000 out of pocket. In Ohio, a man filed for bankruptcy because he owed $22,000 to an air ambulance company, which had placed a lien on his home.

And so it goes in other states where patients have complained about balance billing, this particularly dark side of the medical marketplace, which affects all health care services, not just air ambulances.

It works like this. You have health coverage, incur a medical bill, and assume the service is covered by your insurance, Medicare, or Medicaid. Then comes the surprise! The bill isn’t covered because the provider is not in your insurer’s network. You’re on the hook for the entire amount.

Sometimes it’s impossible to tell if a provider belongs to a network or not. When you are wheeled into the operating room, are you going to ask the anesthesiologist if he or she belongs to the hospital’s network? How many accident victims suffering from trauma are going to direct EMS workers to check if the air service is in or out of network before they’re lifted to a hospital?

You can also get stuck even if the ambulance company is in the network. An insurance payment may not come close to covering the cost. “Rates ambulance companies charge private patients are much more than they are charging to Medicare or Medicaid patients,” says Chuck Bell programs director at Consumers Union, the non-profit publisher of Consumer Reports.

The industry argues that Medicare rates are too low and some patients have no insurance so only by charging insured patients higher fees can they stay in business, Bell told me. “The air ambulance industry has grown rapidly, and prices have shot up a lot with some companies trying to make a quick buck.” For one large company the average bill went from about $17,200 in 2009 to $40,000 in 2014.

The problem with air ambulances is an example of the disorderly introduction of medical technology without any planning or regulation. Patients are trapped in the middle of a tug of war between insurers that want to keep payments low and air ambulance companies that are eager for profits.

One solution is to ban balance billing for the air ambulance industry and create a fee schedule for the entire marketplace, but that seems unlikely because of a 1978 federal law that deregulated the airlines and prohibited the federal government from regulating prices and schedules in the states. North Dakota passed a law requiring those needing air ambulances to use a list of providers that are part of insurers’ networks. One company sued, and the issue is tied up in court.

Other federal laws may also inadvertently prevent a national solution that would apply to all consumers no matter what kind of insurance they had.

The usual shopping advice doesn’t apply here. But you can check your insurance benefits and at least know if you are covered for these services. You can look at a chart from the Kaiser Family Foundation that offers guidance about your state’s rules on balanced billing. And, you can make a lot of noise with state officials if you face one of these bills.

Some companies offer membership programs for a nominal fee that will pay some portion of the bills. These cards, which are not insurance, may not cover the full cost, and you may be picked up by a service that doesn’t honor your card. And in an emergency are you going to look for your card and tell the EMS worker, “Hey, call this one?”

Have you had experience with balance billing?  Write to Trudy at trudy.lieberman@gmail.com.