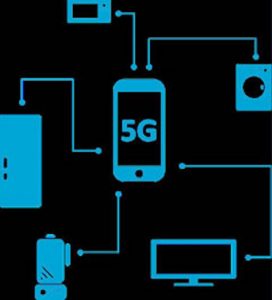 The seeds to bring 5G wireless technology to the Peoria region were planted several years ago but the urgency picked up in late 2018 when Tri-County Regional Planning Commission sought proposals for a more imminent strategic plan.

A regional organization representing Peoria, Tazewell and Woodford counties is hoping a behind-the-scenes effort as 2019 continues to unfold will create a clear pathway for next-generation technologies and the infrastructure required for the years ahead.

When the project is complete, RPC officials said they are hoping the hired consultant’s findings will bring into sharper focus the real-world next steps needed to accommodate 5G technologies, which is commonly viewed as an important lynchpin to the Internet of Things and other forms of cutting-edge advancements.

Although the seeds for the tri-county effort underway were planted a number of years ago, earnest planning picked up momentum late in 2018 when the commission officially unveiled its three-page request for qualifications, or RFQ, document.

“The project came about through our Special Transportation Planning Studies program, which is in its fourth year,” said Ryan Harms, a planner on the Tri-County RPC.

While the RPC is spearheading the project, Harms said the work is not being done in a vacuum. Input from a cross-section of interested persons has been, and will continue to be, at the forefront of the long-range planning process.

“The study will be completed by a consultant, HDR, with considerable input from our organization, Peoria, Tazewell and Woodford counties, and, of course, the public,” Harms said.

Hannah Martin, who also serves as a planner on the Tri-County RPC, has been overseeing some of the aspects of the planning project.

The process for seeking outside expertise for the plan began in earnest last summer, Martin said, in part from conversations from municipal and county officials across the three-county region.

“We’re looking at trying to get a real high-level playbook that runs across different jurisdictions,” Martin said. “The goal is to have a real strategic plan put together that benefits everyone.”

Officials within the Tri-County RPC said they are going into the planning process with an open mind, though they are hoping to have real, viable solutions for rolling out 5G technologies sooner, rather than later.

The introduction of 5G has often been correlated to the broadly coined phrase, “smart cities,” which relates to the use of IoT and artificial intelligence for a broad range of uses in the public and private sector.

Martin said there has been an ever-growing hunger for 5G, particularly within Peoria, where start-up companies populate the community.

While the canvas is largely blank at this point, Martin said there are a number of certainties for the roadmap ahead, including the desire to be as inclusive as possible throughout the tri-county region. Public-private partnerships, she said, also will be a key driving force.

“It’s a fairly open space right now,” Martin said. “But it’s all starting to come together.”

HDR, the consultant, has until Dec. 31 to complete its findings, which Martin said is more or less a technicality since the deadline is tied to 2019 grant funding. Additional steps in the process will include public engagement meetings, which will be announced at a later date.