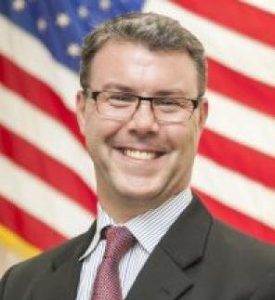 At the May 6 City Council meeting, Mayor Zimmer appointed some new and some familiar faces as changes took place on the City’s Board.

Ward III Alderman Mike Martin did not run for a new term as he anticipates a move from his ward in the near future. The vacancy will be filled by the mayor’s appointment of Jim Chambliss. Chambliss was serving on the city’s Planning Commission and has served on the City Council in years past.

The newly created vacancy on the Planning Commission was filled by Brandon Knapp by mayoral appointment during the same meeting.

In addition to other annual appointments, Morrie Zimmerman accepted the Mayor’s appointment of his second term as Police Commissioner.

The Eureka College Office of Alumni Relations this spring has announced its 2019 Alumni Award recipients.

John Ripka (’55) received the Alumni Award of Merit, Tony Byerly (’89) will be given the Alumni Outstanding Achievement Award, Travis Wilcoxen (’05) will be named EC’s Outstanding Young Alumnus and Jane Cahill (’77) will receive the Alumni Board President’s Award for Service.

The Alumni Award of Merit exists to recognize lifetime excellence in one’s profession or service to his or her community while maintaining a significant and enduring relationship with the College.

Ripka is a retired executive of a direct mail marketing business and former direct mail consultant. He is a veteran of the United State Army and a Commendation Ribbon recipient. A longtime member of the EC President’s Circle and Loyalty League, Ripka — a resident of Connecticut — has returned to campus for numerous Homecoming and Alumni Weekends. He has also hosted Eureka College administrators in his home and attended regional events in New York City.

Byerly is the president and COO of Securitas Electronic Security, Inc., an international security company. In this capacity, he has mentored and hired EC alums who have gone on to become highly successful individuals.

At Eureka, he was a Reagan Scholar, the editor of the Pegasus and an officer in student government. A former Trustee of the College, Byerly is a President’s Circle and Loyalty League donor who has donated to the computer lab in Vennum Binkley Hall and the construction of Sanders Hall in 2014. His wife, Kari, is a 1990 EC graduate.

The Outstanding Young Alumni Award exists to recognize alumni who have demonstrated high-quality achievements in their profession and outstanding service to their community within 20 years of graduating from Eureka College.

Wilcoxen, a former Reagan Fellow, graduated from Eureka with a B.S. in biology and a minor in Spanish. After receiving an M.S and a Ph.D. from the University of Memphis, he became an assistant professor of physiological ecology at Millikin University. By the end of 2016, he was promoted to associate professor and named chair of the Biology Department.

Wilcoxen is also Millikin’s Faculty Athletics Representative to the NCAA and CCIW, a chair of the Zoology Division of the Illinois State Academy of Science, a chair for the Society for Integrative and Comparative Biology and an executive board member of the Illinois Raptor Center.

The Alumni Board President’s Award for Service recognizes dedication of one’s time and effort to the advancement of the college. It is awarded to alumni who have made significant contributions to Eureka’s mission, programs and students. Each year, individuals for this award are nominated by the Alumni Office and granted by the Alumni Board.

After graduating from EC with an elementary education major and an English minor in 1977, Cahill taught first and second grade at Pleasant View in Washington. A dedicated community service volunteer, she has been a long-serving member of the EC Women’s Board, a President’s Circle member and a Loyalty League member.

Cahill was previously an Alumni Board member, and has been a caregiver to elderly EC alumni and the treasurer at Sunnyland Christian Church. Her son, Matt, is a 2009 EC graduate.

In addition, the Alumni Award Recipients, two individuals have been selected as Honorary Alumni. The Eureka College Honorary Alumnus/na Award recognizes a non-student who has provided great effort in the advancement of Eureka College, its students and/or mission.

Reagan is the son of alumnus and former U.S. President Ronald Reagan ’32 and his first wife, actress Jane Wyman, and a Ronald Reagan Society Guest Speaker, benefactor and supporter.

Tino Colorado is the husband of former EC Spanish professor Julia Colorado. He assisted her in hosting student dinners in their home and acquainting them with Spanish culture. A President’s Circle member, he established and endowed the Julia Colorado Scholarship for International Travel and Service. He is also the father of 2006 EC graduate Suzanne Colorado.

Bring any gardening questions you may have to the Woodford County Master Gardener Information booth at the Eureka Library on from 4:30 to 6 p.m. on Monday, May 20.

Master Gardeners have been trained by University of Illinois specialists and educators to answer client questions.

Questions range from plant and insect identification, weed identification, tree problems, to growing vegetables and fruits, and how to create beautiful landscapes. While some questions can be answered immediately, many must be researched. Horticulture Educator Kelly Allsup says Master Gardeners “are kind of like plant detectives: asking questions, looking at pictures and doing research.”

Master Gardeners also have access to a wide variety of University of Illinois sources in order to answer their questions.

Bring fresh samples enclosed in a plastic bag or container to obtain a good diagnosis. To prepare for your visit, you may view or print our guidelines at go.illinois.edu/MGHelpDesk.

If the problem is too widespread or on too large to provide a sample, pictures can be instrumental in good diagnosis.

For more information on this program or other Extension programming, please contact us at your local Extension office. If you need a reasonable accommodation to participate in this program, contact Kelly Allsup at 309-663-8306 or kallsup@illinois.edu.

Children ages 3 through sixth grade, middle and high schoolers and adults can all register for the summer reading program at the library during regular library hours from May 20-31.

Children ages 3 through sixth grade should sign up in the children’s library during those two weeks and can look forward to programs, crafts, story times, movies, displays, new books, lots of reading and rewards for meeting their reading goals.

Children can participate in any activity for their age group, or may choose to just read and submit their book log weekly for prizes. 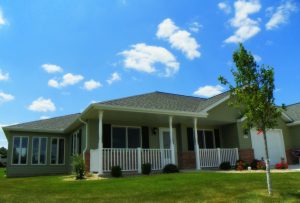 Snyder Village in Metamora will showcase to the public its latest renovations during an open house on June 2. (Photo courtesy of Snyder Village)

Over the last 31 years, the campus has grown to the current 106 health care beds, 65 assisted living units, 39 retirement apartments, and 170 cottages.

Major renovations estimated at $2.6 million have been completed for all areas of the Health Center.

Snyder Village has improved its facilities and services with a goal of remaining at the forefront of senior care in the Tri-County area.

Renovations include improvement of living spaces, the addition of bistro-style dining areas, the creation of a central “town center”, the addition of nurses’ stations, and the formation of space for resident activities.

These improvements help in creating more of a neighborhood atmosphere to enrich the lives of residents and ensure that Snyder Village is a place that they can call home.

To celebrate the completion of these notable improvements, Snyder Village will be hosting a ribbon cutting and open house for the public at the Health Center, 1200 E Partridge St., Metamora. The ribbon cutting will take place at 2 p.m. on Sunday, June 2.

Tours of the facility will take place following the ribbon cutting until 4 p.m. Light refreshments will be served.