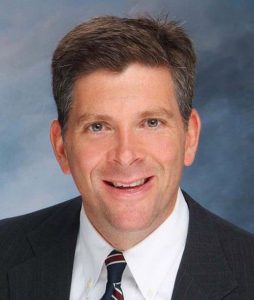 The 2018 race for Congress in the 18th district may look a lot like the last one.

Incumbent Republican Rep. Darin LaHood could have a rematch with Democrat Junius Rodriguez this November if both win their respective party nominations in March.

LaHood rolled up rolling up 72 percent of the vote in 2016 to swamp Rodriguez.

Democratic prospects again appear slim again in a reliably Republican region that has not sent a Democrat to Congress since the 1930s and that President Donald Trump carried by more than 27 points in 2016.

It includes portions of the cities of Bloomington, Springfield and Peoria and all of Quincy, Macomb and Jacksonville.

LaHood, 49,  has served in Congress since a 2015 special election. He’s a rising figure in Republican ranks named earlier this month to the powerful House Ways and Means Committee, a group which once counted LaHood’s predecessor — Aaron Shock — as a member. 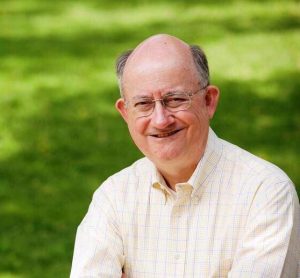 “With this position, I will continue advocating for central and west-central Illinois on many issues important to the 18th District and my constituents, including tax policy, making health care more accessible and affordable, free and fair trade and protecting entitlement programs for current in future seniors,” LaHood said in a statement.

He’s been a strong backer of President Donald Trump, voting 95 percent of the time in favor of Trump’s positions according to fivethirtyeight.com, the political web site. He had the second-highest  rating among Illinois representatives by the American Conservative Union Foundation.

LaHood is the son of former Rep. Ray LaHood, who served in Congress from 1995-2005 and then was  U.S. Transportation Secretary under Democratic President Barack Obama.

Darin LaHood was an Illinois State Senator when the 18th District seat opened up with Shock’s 2015 resignation following allegations of misuse of government funds. Shock pleaded not guilty to corruption charges was scheduled to go on trial this month.

LaHood, a life-long Peoria area resident, defeated Mike Flynn by more than 40 points in a special Republican primary and then handily beat Democrat Rob Mellon, a high school teacher, in the general election.

Rodriguez, a Eureka College professor , wants another shot at LaHood in 2018 and has filed to run for Democratic nomination along with Brian J. Deters of Morton and Darrel Miller of Danvers.

Deters is a former Morton High School soccer coach who has spent recent years living in  Geneva, Switzerland where his wife works for Caterpillar as a price analyst. According to reports he plans to move back to Morton, where he owns a home.

Miller, a self-described Mennonite farmer, ran unsuccessfully for Congress in 2014 against Shock. 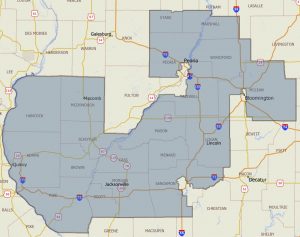 LaHood also has a primary challenger. Donald Ray Rients of Benson, ran in the special election for the seat in 2015.

On his one-page web site, Rients advocates fiscal and social conservative policies, smaller government, a balanced budget and said he is “pro-life.”

Much of the area now in the 18th district was  once represented in Congress by Abraham Lincoln, who served a single term between 1847-49. Other notable Illinoisans who served the region were Everett Dirksen (1933-49), who later was elected U.S. Senator and served as Senate Minority Leader,  and longtime House Minority Leader Bob Michael (1957-95).