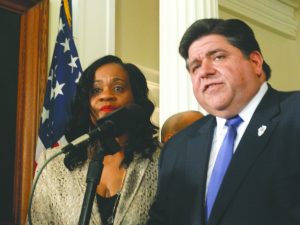 SPRINGFIELD – Gov. J.B. Pritzker and some state lawmakers said Feb. 19 the recent mass shooting at an Aurora manufacturing plant will lead to efforts to tighten enforcement of the state’s gun laws.

Five people were killed Friday, Feb. 15 and several others were injured when 45-year-old Gary Martin went on a shooting rampage at the Henry Pratt Co. plant in Aurora after being told he was being fired.

Aurora Police Chief Kristen Ziman told reporters during a news conference Feb. 16 that Martin was not legally eligible to own a gun. Although he had been issued a firearms owners’ identification card, known as a FOID, that permit was canceled after he applied for a concealed carry permit and a fingerprint search revealed he had a previous felony conviction in another state.

Still, neither state nor local authorities took any steps to confiscate Martin’s weapon.

Pritzker said Tuesday that his administration will push for legislation to tighten enforcement of the state’s gun laws. 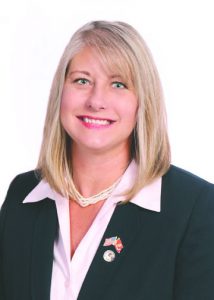 “We need to make sure that we’re addressing that,” Pritzker said at a news conference following a bill-signing ceremony. “My entire team is focused on it and has been all weekend and through today, and we’re going to make sure to make proposals that will tighten the rules around revocation of FOID cards.”

State Sen. Julie Morrison (D-Deerfield) said in an interview that there are many circumstances under which a person can have their FOID card revoked, such as felony convictions and mental illness diagnoses, but that little effort is made to follow through and make sure those people turn in their cards, and their guns.

“If you lost your FOID card for whatever reason, you’d get a letter saying, ‘Hey, you know that you can’t have a FOID. Please mail it in.’ And if you don’t, no one really follows up,” she said.

Morrison is the lead sponsor of a bill introduced earlier in the session, Senate Bill 1145, that would authorize the Department of Public Health to levy fines and other sanctions on public mental health facilities if they fail to report the names of patients who are diagnosed with disorders that disqualify them from owning guns, a problem that she said has been occurring in the court system when criminal defendants are sent for mental evaluation.

But she said that bill could easily be expanded to include additional kinds of enforcement mechanisms.

Meanwhile, Aurora-area lawmakers reacted Feb.19 with speeches on the floors of the House and Senate.

Rep. Stephanie Kifowit (D-Aurora) gave an emotional speech on the House floor, where she praised the law enforcement officers who responded to the scene and read the names of all the victims. 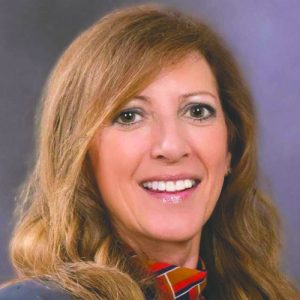 “All these individuals left behind families and friends who loved them and cherished them as a part of their lives,” she said. “They are forever in our hearts and our thoughts at such a senseless loss of life.

Meanwhile, state Sen. Linda Holmes (D-Aurora) called for a moment of silence on the Senate floor in honor of the victims, saying, “We will never be able to mend the loss or undo the trauma to those who witnessed these events Friday afternoon at Henry Pratt, and to those whose lives are forever changed because of this heartbreaking attack.”

In a separate interview, Holmes described herself as a “staunch” supporter of individual gun rights. But she said the fact that the shooter managed to keep his weapon even after having his permit revoked showed her that the state needs stricter enforcement.

“He wasn’t allowed a concealed carry card, they revoked his FOID card, and yet he still managed to have his weapon,” Holmes said. “That’s where I think the disconnect is.”

A spokesman for the Illinois State Rifle Association, which typically opposes legislative efforts to limit gun ownership rights, did not respond to a request for comment Tuesday.