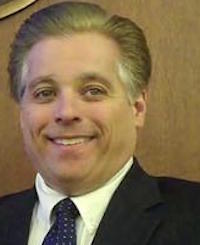 Riverboat casino cities are bracing for trouble with a capital ‘T’ that rhymes with ‘G’ and that stands for “gridlock.”

The state budget stalemate is keeping millions of dollars out of the coffers of riverboat casino cities and the impact is starting to be felt.

Alton, which gets one-eighth of its annual revenue from its riverboat casino, may soon be looking at employee layoffs and suspending weekend snowplowing if its casino revenue is not freed up, according to its mayor, Brent Walker.

“There’s going to be no plowing on the weekends. I have no overtime money,” Walker said. “We will be able to plow during our regular work hours. But if a snow comes at 6 p.m. Friday, it will be ‘See you Monday.’ And that can be life-threatening.”

The Illinois Municipal League estimates that the state has held onto $148 million in local casino, gas tax and video gambling funds since July.

Without a state budget in place, there is no authorization for communities to be allocated their local share of tax dollars, state Comptroller Leslie Munger has said.

“It’s killing us,” Walker said of the holdup in payments.

Walker said Alton gets $4 million in casino revenue annually, which helps sustain the city’s $32 million budget. Once the city gets the last of its property tax revenue in December, it will have to start considering layoffs and furloughs, if that casino revenue is not freed up, Walker said.

“’They need to loosen that money up,” Walker said, “but there has been no progress and there is no sense of urgency.”

Three riverboat casino cities — Aurora, Elgin and Joliet — are considering court action in an effort to get their casino money from the state.

A representative of Aurora’s Public Information Office said city officials are “very concerned” about the casino money holdup and the effect that could have on the city’s budget.

Dave Mingus, mayor of East Peoria, said the taking of any budgeted money is going to have an impact on municipalities.

“Right now, with the economic situation as it is, any withholding of money Is significant and can make a difference,” Mingus said.

“That money is critical,” the East Peoria mayor said. “Our houses have seen decreases in value. Caterpillar has announced major layoffs. There are more people in need. We need that safety net put in place.”

“Like every other city, we are a bit intolerant,” he said. “The top legislators have to come together to establish a budget. It has to be done for the citizens’ benefit.”

Alton’s Walker said he recently got a few minutes with Gov. Bruce Rauner, but the conversation did not go well. He said Rauner’s agenda is headed by striking down prevailing wage, while his is finding money for sewer separations.

Walker said his city lent a piece of equipment to another community hurting for its motor fuel tax funds so that it could fix its streets.

“This situation is pathetic,” Walker said.

The Alton mayor said a winter blast of snow and some communities not being able to plow would get people’s attention.

“We get a nice shot of winter and people will be screaming,” Walker said. “It is very unfortunate that this budget issue is being taken out on the backs of cities.”