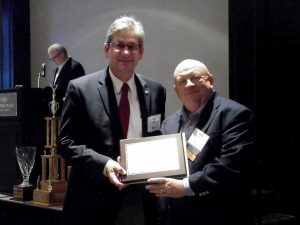 The 151st annual Illinois Press Association conference was successful for Chronicle Media, LLC as it earned six awards in the IPA Excellence in News Contest.

Suburban Chronicle and Winnebago Chronicle each received an honorable mention in the Headline Writing category.

Judges said of Sassone’s columns, “Brief, engaging. These are informative with just the right amount of personal perspective to keep them from drying out.”

Chronicle Media received high marks for its website as judges said, “Easy-to-read site that has a responsive design, which means it shrinks or grows based on screen size. Plenty of content.”

Of Lotus’ news series on the Body-parts trade, Judges said that “This series was eye-opening and made a local connection to a widespread issue.”

More than 100 daily and non-daily newspapers competed in 37 editorial categories.