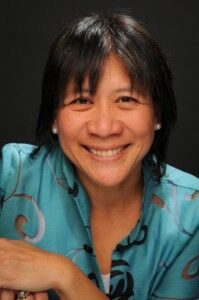 Truancy today goes way behind students skipping out of school to catch a ballgame.

An expert on truancy says that a host of issues goes into students’ unexcused absences.

“You need to look at the rates of undiagnosed learning disabilities. There are kids who feel bullied and harassed because of their race or sexual orientation,” said Lisa Thurau, executive director of Strategies for Youth, a national agency dedicated to improving police/youth relations and protecting communities. “Then there is the heavy hand of poverty. Kids are embarrassed by their clothing. They have to stay at home to take care of siblings or have other obligations.”

Defining “chronic truancy” is difficult as it varies by state. In Illinois, it is missing 5 percent of school days without a valid reason. In Massachusetts, it is 10 unexcused absences in a quarter.

“It is all over the map as to what the laws are by state,” Thurau said. “One thing I can say is chronic truancy hurts everybody. When kids are not in school, they are often doing things that are not in their or anyone else’s best interest.

“We need to keep kids in school at all costs. It is very important to understand that we need to reduce expulsions and suspensions. The more time students are out, the more it weakens their link to school and the more chronic truancy that occurs.”

There are 39 public high schools in Chicago with chronic truancy rates of at least 90 percent, 29 of those schools are at 100 percent, according to the recently released state school report cards.

YCCS officials did not respond as of press time to requests for comment about their schools’ truancy rates.

In the Chronicle’s circulation area, there are 37 public high schools outside of Chicago with a chronic truancy rate above the state average of 10.8 percent. Twelve of those schools are in Cook County.

District 150, which oversees both Peoria and Manuel high schools, created the Knoxville Center for Student Success to give support to chronically truant students and pupils transitioning from incarceration or suspensions.

“We offer a different structure for students who may not have had a successful freshman and sophomore year and are behind on credits,” Eric Thomas, principal of the Knoxville Center, said on the center’s website. “We don’t have big hallways or homecoming or prom, although we do have our own celebrations. We’re low-key and there are fewer distractions so students can focus on catching up on the credits they need and completing high school on time.” 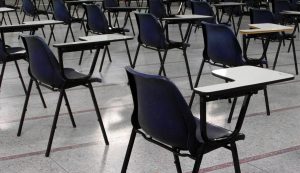 Defining “chronic truancy” varies by state. In Illinois, it is missing 5 percent of school days without a valid reason.

The highest Cook County high school truancy rate outside of Chicago is Elgin High School, with 31.1 percent of students listed as chronically truant.

Strategies for Youth’s Thurau remembers observing a courtroom in a southern state and the judge’s ruling to incarcerate a teenage girl because she missed a week of school after having a baby.

“I am not sure what that solved,” Thurau said. “It is best to stay away from the punitive framework. It does not help achieve what you want.

“You’ve got to be on it early and often,” Thurau said of truancy. “First, you have to take a mental health approach. You need home visits. You need to partner with parents. You don’t want to take a forceful, law-enforcement approach. Making truancy a law-enforcement matter does not work very well.”

Milwaukee has had a Truancy Abatement Burglary Suppression program in place since 1993 in an effort to confront the issues of truancy and juvenile crime in the city. Both the city and Milwaukee Public Schools system have continued the program, citing mutual benefits.

Attendance Works, a national and state initiative that promotes better policy and practice around school attendance, cites in a new report, “Portraits of Change: Aligning School and Community Resources to Reduce Chronic Absence,” that one in 10 schools (both primary and secondary) has 30 percent of more students chronically missing. That, the report says, increases the likelihood students won’t be able to read by third grade, more likely to fail classes in middle school and increases their odds of dropping out of high school.

Children in poverty are two to three times more likely to be chronically absent, according to the report. Although high schools have the highest rates of absences, Portraits of Change reports, it can start as early as preschool or kindergarten.

Urban areas are more likely to have high levels of chronic absences than rural communities, the report notes, and are more equipped to handle the issue.

“Urban school districts, which have more kids generally and more kids who are disadvantaged, are more likely to have the resources to put in place systems to support attendance and reduce chronic absences,” Attendance Works executive director Hedy Chang said in a statement.