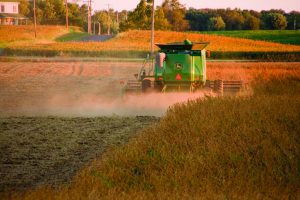 The agriculture economy has been adapting to tariffs placed by the Trump administration and now going forward without the 2014 farm bill renewal.

The 2014 Farm Bill expired Oct. 1 without replacement or extension, despite months-long efforts between the House and Senate agriculture committees to agree to a conference version of a new bill.

The failure to finalize the 2018 Farm Bill — valued at $860 billion by the House Committee on Agriculture — means a lame-duck Congress will be forced to iron out a workable farm bill closer to the new year, which is seen as risky for farm-state Republicans who could be held responsible by constituents for failing to pass or reauthorize the legislation.

The Farm Bill Law Enterprise (FBLE) reported that each farm program under the farm bill would face one of three scenarios if the law lapses.

“Most programs would simply lose the funding or authorization to operate and effectively shut down. A few key programs would continue more or less as they do now. Others would revert back to outdated permanent law from 1938 and 1949 farm bills,” according to the FBLE.

“Not having anything in place is just not acceptable,” Cora Fox, a policy associate at the Center for Rural Affairs, told Politico. “Not having an extension undermines USDA’s ability to work with farmers and ranchers.”

Farmers should not be impacted — much — by the failure to pass or re-authorize a farm bill as long as Congress can, indeed, work out a new bill prior to Jan. 1, 2019, according to Adam Nielsen, director of national legislation for the Illinois Farm Bureau. That is when the funding authorization for many key farm programs would expire. Failure to pass a farm bill by the end of this Congress would result in a “nightmare scenario,” he said, with the entire farm bill process starting from scratch. 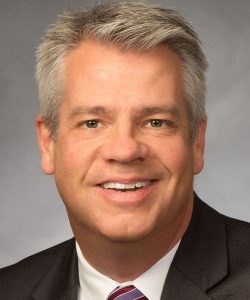 But for now, farm commodity programs will not be impacted, Nielsen said, “at least through the end of the year. There will also be no crop insurance impact.”

“Conservation contracts will still be honored, but there are a number of other programs that are not mandatory spending and don’t have baseline now,” Nielsen continued. “One of the important ones is the Market Assistance Program (MAP) and foreign market development program. These are magnified now that we are losing market share in countries where we have placed tariffs on steel and aluminum products. The timing is not good for that.”

The urgency to pass a farm bill will start to increase in Congress after the midterm elections, and will likely intensify by early December, Nielsen predicts.

He feels that Congress may have felt relieved of some of the pressure of passing farm legislation before the 2014 Farm Bill’s Oct. 1 expiration, due to USDA’s September announcement that first-round Market Facilitation Program payments, promised to farmers by the Trump administration as a temporary Band-Aid for the loss of key foreign export markets, were being readied for distribution.

“The fact that (payments) are coming, I think, has ratcheted down the level of urgency. Our members would love to know what the law is going to look like for the next five years (which spans the length of a typical farm bill), but in the mean time they will at least get the farm program payment this fall in time to book inputs for next year,” said Nielsen, adding that he remains optimistic a meaningful farm bill will be passed before the new year.

“A lame duck Congress can get a lot more done than the name implies,” he said. “We’ve had tax reform passed by a lame duck Congress a couple of times in recent years. But if they can’t pass a bill before the Congress is over, they will have to start from scratch. That could slow the whole process down for several months.”

A year of partisan bickering over whether to slash funding and include work requirements and other conditions for SNAP recipients ended in an impasse between House and Senate committee versions, and with no farm bill compromise in sight. 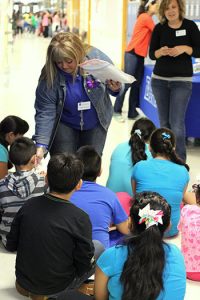 The delay in the Farm Bill renewal has brought up once again calls to separate the Supplemental Nutrition Assistance Program from the comprehensive agriculture legislation. (Photo courtesy of U of Illinois Extension)

The lack of a new bill, however, may be a temporary blessing for many SNAP recipients who view the delay as preferable to the passage of a farm bill that includes major cuts to program funding and more stringent participation requirements, as is favored by House Republicans.

This is not the first farm bill that has been delayed or impacted by disagreements related to SNAP, though it may be the most partisan.

This delay has renewed calls to separate the nutrition title from the farm bill entirely, making for a standalone-farm-policy piece of legislation. Nielsen is among many in agriculture who warn against such a move.

“I think there would be much, much less urgency (for Congress) to do anything if SNAP were not part of the farm bill. Think about how much representation is urban and suburban. There are a lot of congressional districts in which there are no farmers, but tens of thousands of people who have qualified for SNAP,” said Nielsen.

SNAP was authorized as part of permanent law under the Food and Nutrition Act of 2008, meaning that the program will continue unaffected as long as Congress continues to pass yearly federal budgets. SNAP currently serves about 40 million people per month, according to the FBLE.

Additional effects of a delayed farm bill for farmers include the inability to switch between Agricultural Risk Coverage (ARC) and Price Loss Coverage (PLC) until a new bill is in place, according to Nielsen.

But this is a modest consideration when compared with a number of challenges producers have faced during this and recent years, including a combination of weak commodity prices, restricted export markets and large old-stock crop supplies.

“This is an emotional time with product not moving and people trying to figure out where they are going to store their corn and soybeans,” Nielsen said. “There is a lot weighing on farmers right now, and the farm bill is one more thing they will need to be concerned with.

“But, I think that right now trade overshadows the farm bill in terms of the level of urgency it is creating, and the farm economy, which hasn’t been great, is weighing on farmers too. While very important, the farm bill at the end of the day is not taking up a lot of space in the average farmer’s mind right now.”