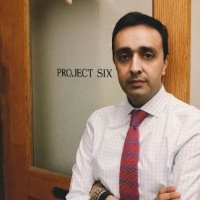 Federal indictment charges against a Chicago alderman are the work of the city’s ex-inspector general, who says that type of corruption is likely all over the state, but there’s no one watching as closely.

Project Six CEO and former Chicago Legislative Inspector General Faisal Khan says the indictment of 20th Ward Ald. Willie Cochran began in his office in 2013, but the powers-that-be in Chicago stopped him at every turn when it came to true ethical enforcement.

“I had to notify the subject of the investigation that they were, in fact, under investigation. I had to get permission from an outside agency to continue my investigations,” he said. “The thing that could have had the biggest effect was that I was not able to share with the general public what I was working on at any given time. You kind of defeat the purpose of having oversight if no one knows about it.”

Khan says the rest of Illinois’ governments likely have ethics issues, but there isn’t anyone there to see it. “Corruption isn’t limited to tall buildings and big cities. Corruption can exist in every small town too where every treasurer is taking money for him or herself,” he said. “It’s got to be very frustrating for people in small towns here in Illinois who know that they live in a state that is rife with corruption and yet they have no one to go to in their own jurisdiction.”

Cochran marks the 30th Chicago alderman indicted on charges related to their office since 1972. He replaced Ald. Arenda Troutman, who was sentenced to four years in federal prison in 2009 for taking bribes while she was in office.