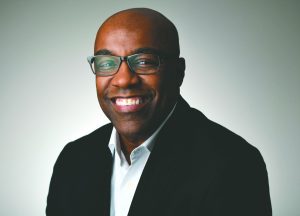 Sixteen local governments and the U.S. Conference of Mayors also signed onto a brief supporting the decision of a federal district court judge in New York to block the question from appearing on the next census.

“Including a citizenship question on the 2020 census seeks to intimidate, suppress and undercount immigrant and minority populations,” Raoul said in a news release. “The effects of this politically driven act would be felt for decades to come.”

Illinois faces the loss of two congressional seats and $1 billion or more in federal funding if its population is not correctly counted in the 2020 census.

A host of other factors make an undercount likely, including the online format of the next census, reduced funding for the U.S. Census Bureau, government distrust and resident apathy.

Some populations are historically undercounted as well, including children up to age 5 and ethnic and racial minorities.

U.S. Commerce Secretary Wilbur Ross announced in March 2018 that the next census questionnaire would include the citizenship question.

The department received immediate and widespread opposition. In March 2019, another U.S. district court judge in California also issued a ruling blocking the question.

The U.S. Census has not had a citizenship question for 70 years.

Signers of Tuesday’s brief call Ross’ decision “arbitrary and capricious,” and argue including it now “would affirmatively undermine the accuracy of the decennial census (among other harms) for no demonstrable benefit.”

Illinois census advocacy groups have also expressed concerns about the addition of the question.

“The question causes fear in many immigrant communities, mixed-status families, and communities of color,” said Anita Banerji of the nonprofit organization Forefront, which is helping lead a coalition of more than 40 local and statewide organizations for census outreach.

Banerji added there already is a perception of fear and distrust in such communities, even though census records of personal data, including citizenship status, are mandated to be kept private under federal law.

The U.S. Supreme Court is set to hear the Trump administration’s appeal to the New York ruling later this month, with its own ruling coming by the end of June, USA Today has reported.