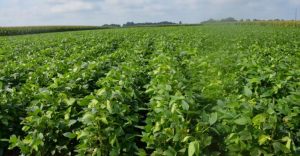 Illinois farmers are being impacted by the back and forth on tariffs between China and the United States. China has slapped a tariff on soybeans, one of Illinois’ top farm exports.

Farm associations from the state of Illinois joined with national farm groups last week to stand behind the hashtag #TradeNotTariffs, a platform launched by the American Soybean Association to garner support for America’s farmers in matters of foreign trade policy.

The groups tweeted their objections to the Trump administration using Section 301 of the Trade Act of 1974 to implement tariffs against China, mainly over Chinese theft of intellectual property. The tariffs include a 25 percent fee on $50 billion in Chinese products, with a full listing of the products scheduled to be released by the administration any day now.

China’s counterpunch targets U.S. agricultural exports with pork and soybean products — two of Illinois’ top farm exports — at the top of the list.

Tariffs on U.S. pork products began in April, while soybean growers are still bracing for news of a hefty Chinese tariff on U.S. and Illinois-raised beans.

Speaking out against the tariff war with China, which has resulted in similar, ongoing disputes with Mexico and other nations over trade, is Lynn Rohrscheib, a Fairmount, Ill.  farmer who serves as chair of the Illinois Soybean Growers (ISG) group.

“As the nation’s top soybean-producing state, we believe that trade and access to markets is vital to the economic wellbeing of our soybean farmers and the communities they support. We are disappointed that agriculture continues to be placed in the middle of the tariff debate,” Rohrscheib stated June 15.
As Rohrscheib and other Illinois soybean producers urge the Trump administration to move forward with a China strategy that will create market stability and foster positive relationships, pig farmers are already dealing with the fallout from the trade war.

Losses of more than $25 per head are projected by many agricultural economists for the final quarter of 2018 and the first quarter of 2019. 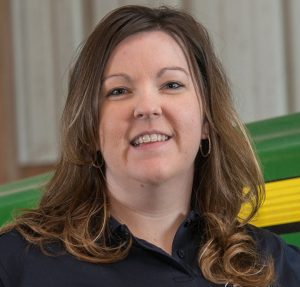 Lynn Rohrscheib, a Fairmount, Ill.  farmer and chair of the Illinois Soybean Growers

These projections came after Mexico slapped a sharp tariff of U.S. pork earlier in June over U.S.-imposed tariffs on steel and aluminum imports, increasing pressure on pork producers who enjoyed near record-high volume trading with the country in April.

Together, The Maschhoffs’ farmers raise about five million market hogs a year for sale to processors and packers.

According to Josh Flint, associate director of communications for The Maschhoffs, the tariffs on U.S. pork will likely become “very relevant” come this fall.

“Prices are good today but there simply are not as many market hogs on the market in the summer as there will be in the fall,” he said, which could lead to a sharp decline in the price a producer is paid per hundredweight for a live hog.

Illinois farmers have been adding pig barns to their operations in record numbers over the past several years, in part due to increased farm diversification in response to depressed corn and soybean prices.

With a handful of new livestock packing plants online or soon to open in the Midwest and Plains states, Flint fears the market may become overcrowded with pork products if a resolution to the multi-nation trade war is not found.
“All of that production is really going to hit the market this fall,” Flint said. “We are looking at a potential oversupply.”

For now, growth in the Illinois livestock industry —  particularly in pork —  is still on the upswing, according to Nic Anderson, director of the Illinois Livestock Development Group.

He cautioned that a prolonged trade war negatively impacting pork and livestock could affect farmers’ expansion plans moving forward, however.

The soybean industry is keeping a sharp eye on trade war developments as growers await word from China on what retaliatory measures will be assessed on U.S. soy products.

Austin Rincker, a Moweaqua soybean producer and at-large director for the Illinois Soybean Association (ISA), said the dialogue and rhetoric surrounding the trade war did not seem to affect farmers’ final planting intentions for 2018, but could in the future.

“Farmers had some pretty good opportunities to hedge new crop soybeans, which are pretty profitable. The acreage is going to be big this year, and we will have some (official USDA statistics) at the end of June,” said Rincker. “As for trade issues, we will definitely be glued to the news seeing how things move forward. With a big soybean crop expected from Brazil, it is kind of the perfect time for the Chinese to be playing the tariff game.”

That is because the Chinese traditionally purchase South American soybeans during the spring and summer before turning to U.S.-grown beans in the fall to meet their needs, Rincker explained.

“Just as a farmer, I think that plays a little bit into (China’s) strategy,” he said. 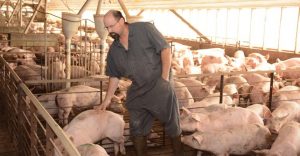 Illinois farmers have been adding pig barns in record numbers over the past several years, in part due to increased diversification. But agriculture groups fear an ongoing trade war will hit farmers by the fall. (Photo courtesy of National Hog Farmers)

As of June 16, soybean prices had fallen by around $1 per bushel since April 2, when China announced it would retaliate against U.S.-imposed tariffs with their own tax on soybeans.

In the pork industry, prices are currently below break-even for U.S. producers, economists and producers agree. Between March 1, when speculation about Chinese retaliation against U.S. pork began, and late May, hog futures dropped by $18 per head, portending a $2.2 billion annualized loss basis, according to Iowa State University economist Dermot Hayes.

“Uncertainty surrounding exports to China, Mexico and other markets comes at a bad time,” the NPPC stated, in a position paper. “Five new pork processing plants have recently opened or will soon begin operations, increasing U.S. pork production capacity by approximately 10 percent from 2015 levels by next year.”

Along with trade issues, a large 2018 U.S. soybean crop could heap additional price woes on farmers in Illinois and other top bean-producing states, observed Todd Hubbs, a farm economist with the University of Illinois Department of Agricultural and Consumer Economics (ACES). “Soybean prices continued to move lower (in recent weeks) as trade issues and strong start to the growing season continue to pressure prices,” Hubbs recently noted in a Department of ACES weekly outlook paper.

“At this time, very little positive news is entering the market to support soybean prices on either the supply or demand side. The potential size of the soybean crop and trade uncertainty continue to be the main forces behind the soybean price weakness,” Hubbs said.

While some of the farm groups, businesses and farmers who helped boost Trump into the presidency are in support of the administration’s crackdown on U.S. intellectual property theft by Chinese companies, Illinois Democratic senators Tammy Duckworth and Dick Durbin, along with Rep. Cheri Bustos, also an Illinois Democrat, fault Trump for dragging Illinois farmers into a trade war that was none of their doing.

“Illinois’ farmers now join DACA recipients as the latest victims of President Trump’s temper,” Durbin said in an April statement from his office. “Illinois is our nation’s largest producer of soybeans, and a top producer of pork, and will feel China’s retaliation to threats of a trade war more than most. America cannot move forward in a blizzard of tweets and wild threats from this President.”

As of press time, Illinois producers, farm associations and agribusinesses remain in a heightened state of alert as they await news of further Chinese tariffs on U.S. farm products, while striving to remain “business as usual” and deal with seasonal supply and demand cycles and yearly crop production challenges. Stay tuned.