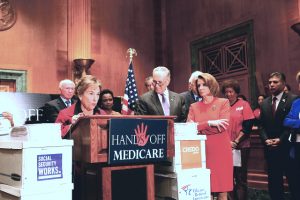 Illinois representatives in Congress are expressing relief that the longest partial government shutdown in history is now in the rearview mirror.

Here are reactions from some Illinois congressional representatives:

Sean Casten of the 6th District: “The president agreed to sign the bipartisan bill that the (U.S.) Senate passed on Dec. 22, but that he rejected in favor of shutting down the government over a campaign promise he knew he could never keep.

“Here we are: our national security strained, our economy hampered and countless Americans left worse off, all over the president’s political ploy.

“Hundreds of thousands of hardworking, loyal American public servants have been denied paychecks, forced to turn to food banks, and rely on the charity of friends and family by a president who disrespects and demeans them. Since I took office three weeks ago, I have voted 11 times with the (U.S.) House majority to reopen the government and return those workers to their jobs.

“While I am relieved these employees will be back at work receiving their paychecks, the nation needs long-term funding bills and I will continue to work with my colleagues in Congress to achieve that goal.”

Jan Schakowsky of the 9th District: “Like millions of other Americans, I am pleased that the president is backing away from the shutdown that was his doing.

“Every day I have called for an immediate reopening of the government in order to give Congress a chance to craft a bipartisan solution for border security. Unfortunately, it took President (Donald) Trump 35 days to listen while hardworking Americans suffered and millions were put at risk.

“This is long overdue … I look forward to working with my colleagues in the House and Senate to pass a bill that provides effective and humane solutions to protect our southern border. I also will continue to fight for comprehensive immigration reform and protection for (Temporary Protected Status) recipients, Dreamers and their parents.” 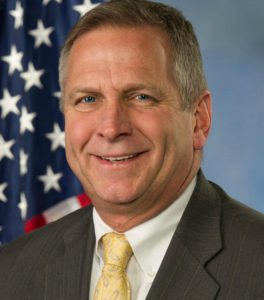 Mike Bost of the 12th District: “This shutdown never would have happened had both parties shown an equal willingness to work together and secure the border.

“I agree with the administration’s decisions to reopen the government, even as (House) Speaker Nancy Pelosi continues turning her back on bipartisan negotiations. I’m pleased that our federal workers will begin to receive their paychecks again and that full government services will be made available again to the American people.

“These hardworking men and women didn’t deserve to have their financial wellbeing held hostage. This short-term agreement allows time to recognize the importance of working together on this critical national security issue, hopefully ensuring that we can both fund the government and secure the border into the future.”

Rodney Davis of the 13th District: “I’m glad President Trump has agreed to sign a short-term continuing resolution so these agencies can reopen and federal workers can be paid.

“President Trump has put multiple offers on the table and met Democrats more than halfway. Whether or not we end up right back here in three weeks will be entirely up to Speaker Pelosi. I hope she will listen to many in her own party who have urged her to negotiate with the president on border security so we can move forward.” 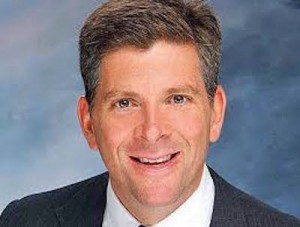 Darin LaHood of the 18th District: “The president stepped forward in good faith to end the partial government shutdown.

“I am pleased to see an agreement come together that allows federal workers, like those throughout Illinois’ 18th District, to go back to work. Border security is critical to the safety and security of the American people. Moving forward, it is imperative Speaker Pelosi works with Republicans over the next three weeks to prevent future government shutdowns and finally secure our border.”