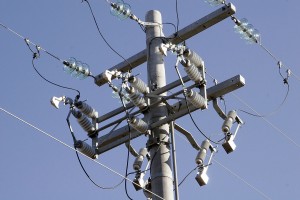 “Adding around $11 on average to monthly residential bills and tens of thousands of dollars to industrial consumers’ monthly bills will constitute a significant financial burden for many low-income electric ratepayers in Central and Southern Illinois,” said Illinois Attorney General Lisa Madigan in her complaint. “Additionally, the increased costs to many commercial and industrial electricity users, equaling millions of dollars, will constitute an unreasonable burden on the businesses and their employees located in the state of Illinois.” Photo by fir0002

Residents in Central and Southern Illinois are being urged to let federal officials know their outrage over electricity rates that have surged as much as 35 percent this month.

The Federal Energy Regulatory Commission has extended the deadline for public response to its possible investigation into Illinois’ power market. Residents have until July 2 to provide input that could launch a probe of Illinois’ recent capacity electricity auction.

“It is a good step,” Jim Chilsen, spokesman for the Citizens Utility Board, a statewide utility watchdog group, said regarding the FERC input extension. “It is a step in the right direction. We are asking the public to go to www.StopIllinoisRateHikes.org and send a message.”

The skyrocketing rates are connected to a recent auction that determined “capacity costs” — a key part of electricity prices for both Ameren and alternative suppliers. Capacity costs are what consumers pay to ensure power plants are able to deliver electricity when demand is highest. Every spring, the Midcontinent Independent System Operator — the power grid operator in Central and Southern Illinois and 14 other states — holds an auction to determine such costs for the next year (June 1-May 31). Consumer advocates were shocked to see that the most recent auction set Illinois’ capacity cost at more than 40 times what it was in the other 14 MISO states.

“That raises huge red flags,” Chilsen said. “It is obvious that in this case the system is not working.”

Before Northern Illinois residents start snickering at Downstate electric customers’ fate, they should know that even with the Ameren rate spikes, Central and Southern Illinois electric users are still paying lower rates than they are.

“And ComEd has come down 7 percent in the Northern Illinois market,” Chilsen said. “It is an issue across the state. There is a problem with the way rates are set. We need to make improvements to better protect customers. The system of setting prices needs to be improved to protect citizens.”

A CUB review of more than 130 communities with newer deals found price spikes ranging from 12 to 35 percent, which could cost some customers as much as an additional $130 in annual electricity charges.

Some of the biggest Ameren rate spikes in Illinois were in:

“This is an important time to let FERC know how concerned we are about power bills,” said David Kolata, CUB executive director. “Even though Illinois has a surplus of power it was the only state in the region that suffered this huge increase in power prices. It’s not reasonable and it’s not just.”

Ameren’s supply rate is up about 30 percent from June 1-Sept. 30. Prices for October-May could be even higher as the rates are not yet set.

Chilsen said a multifaceted approach is needed in order to ensure power rates stay in line. He said people voicing their displeasure to the federal agency is a good first step.

“It is always helpful,” Chilsen said. “We need several different ways to approach this so people are not paying higher power bills. We need to send a message. For a power-rich state, it is absurd that surplus power is seeing a 30-percent increase. It does not make sense; and we need to demand change.”

Illinois Attorney General Lisa Madigan noted in her complaint to FERC that the megawatt-day for capacity in the state has gone from $16.75 to $150.

“Adding around $11 on average to monthly residential bills and tens of thousands of dollars to industrial consumers’ monthly bills will constitute a significant financial burden for many low-income electric ratepayers in Central and Southern Illinois,” Madigan said in her complaint. “Additionally, the increased costs to many commercial and industrial electricity users, equaling millions of dollars, will constitute an unreasonable burden on the businesses and their employees located in the state of Illinois.”