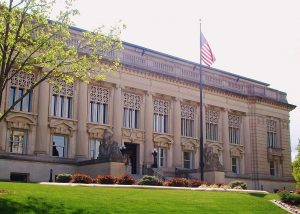 A state Supreme Court brief is due this week in the final fight to change how Illinois draws its political maps.

Every 10 years after the census, Illinois’ legislative districts are redrawn by the political party in power, in recent years the Democrats. Nearly 600,000 people signed petitions to let voters decide whether to have an independent commission draw the maps instead. That initiative is being challenged in court by a group connected to leading Democrats, including House Speaker Michael Madigan and Senate President John Cullerton. Last week a Cook County judge sided with opponents and shot down the measure.

“This is the final step, the Illinois Supreme Court will determine whether the Independent Map Amendment will be on the ballot or not. They have not had this issue before them before so the circuit courts were operating somewhat in the dark,” Bray said.

“Now the full court will be able to hear the case and decide whether we are correct or not and that this amendment is in compliance with the Illinois Constitution,” Bray said.

Bray said getting the amendment on the ballot “is the only way voters can express themselves at the ballot box.”

The deadline to get the ballot measure certified for the November general election is Aug. 26.