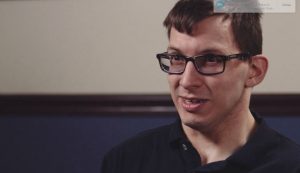 Job Honor Award winner Lee Tewell, of Bloomington, has not let cerebral palsy stop him for achieving a college degree and a job at a contact center. (Screenshot from Job Honor Awards video)

The Midwest and Illinois have an untapped workforce of people who want to work hard and would be excellent employees, but who face significant barriers to employment, said Kyle Horn, a Decorah, Iowa former personnel recruiter and founder of the Job Honor Awards.

The Illinois Job Honor Awards, presented for the first time in in Niles Nov. 30, recognize those who have overcome significant challenges, and the companies who hire them.

Horn calls the recipients a “new kind of hero.”

“These amazing honorees demonstrate that Illinoisans who overcome patterns of failure or challenges such as disability are not only highly qualified employees, but frequently they demonstrate remarkable work ethic and loyalty,” Horn said in an email.

Co-sponsored by the Illinois Chamber of Commerce and the Illinois Society for Human Resource Management (ILSHRM), the awards were held at the New Laws Forum at the Hyatt Hotel.

The awards are meant to show employers the potential of hiring non-traditional candidates, especially those who have been through a job-training program.

“Our premise is simply this: Individuals who have been trained and vetted by a reputable workforce development agency represent no greater risk of turnover than a member of the general public,” Horn said at the ceremony. “And indeed, probably less, owing to the intense scrutiny and training that they’ve undergone.”

In Illinois, the official unemployment rate is around 5.6 percent, or 330,000 people, but that only counts persons who are currently receiving unemployment benefits, Horn said. There are 3 million people in Illinois who are not in the workforce. Some are retired, in school, or don’t need to work, but others have given up hope and would be eager to work if someone would give them a chance and adequate job training, he said. 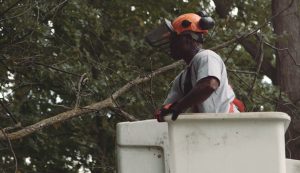 Award winner Veronica Flores Diaz, of Chicago, left violence and poverty in Mexico at age 16 with her family but had to “give up her dream to attend college” to help with family expenses by working at a low-paying factory job, according to a Job Honor Awards press release. Flores Diaz enrolled in a healthcare training program through Erie House, an immigrant assistance group founded in 1870. Through hard work, she became a certified medical assistant and works at a healthcare clinic that primarily serves immigrants. “Her bilingual skills enable Flores Diaz to support patients who are struggling to adapt to a new language and culture,” the press release said. Flores Diaz said she was “happy to give back … because I was in the same place when I got here.” View: Illinois Job Honor Awards video

Award winner Henri Jordan, of Chicago, spent 17 years of his life in the penitentiary. As a young man, he gave up a promising school career.

“I never had brothers and sisters, so I chose the gangs. I dropped out freshman year of high school, sell drugs, gang-bang and rob,” Henri said in a video. “I didn’t want my mother and father to leave this earth with me still being in the state that I was in. I was meant for something greater than the streets and spending my life in the penitentiary.”

Jordan underwent drug rehabilitation and then completed a training program at Greencorps Chicago. He was hired by the Forest Preserves of Cook County and has been a model employee, his supervisors say.

“We made a good call by hiring him. We could tell right away he would be a good employee,” said his supervisor John Pellegrino. 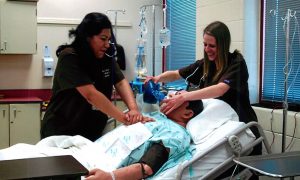 “Henri has created a path that other people can look at,” said Andy Johnson of Greencorps Chicago. Jordan received another award Dec. 1 at the Greencorps Chicago banquet for his mentorship of other program participants. View: Illinois Job Honor Awards video

Bloomington resident Lee Tewell, grew up with cerebral palsy, but made a decision that he would not let his disability keep him down. He graduated from college with a law enforcement degree, but employers “couldn’t see past the walker,” his father Richard Tewell said in a video. Lee took job training through the Normal-based Marcfirst program, which teaches job skills to disabled adults. Tewell was offered a job at AFNI, a contact center in Bloomington, where he has excelled and was awarded Employee of the Month in April. View: Illinois Job Honor Awards video

Awardees received $500 and a crystal plaque.

Horn formerly worked at ManpowerGroup, but “moonlighted” to start the awards, which are now held in Iowa, Minnesota, Wisconsin and now Illinois. ManpowerGroup is a corporate sponsor of the awards.

“I’ve seen employers wringing their hands over how they cannot keep good employees,” Horn said. “We need to get creative in tapping into previously overlooked sources of candidates. There’s not much sense of entitlement there; you have a sense of gratitude. These employees show up every day and recognize the importance of work in their life.”

“We believe in second chances,” Horn said. “We are making the moral argument and the business 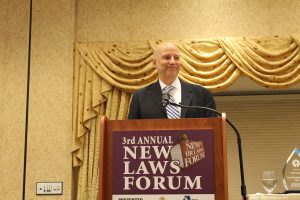 argument, but you have to make the business argument first.

“In this era of commoditization, it’s hard for companies to differentiate from the competition,” he added. “Millennials want to buy goods and services from companies that capture that moral high ground.”

In his prepared remarks, Horn said, “I’m not naïve: Some people can’t work, and some don’t want to. We’re talking today about those who can and will. And there are thousands. Our goal is to see more of our fellow citizens participate in the American dream.”

Find out more about the Illinois Job Honor Awards at www.jobhonor.com.