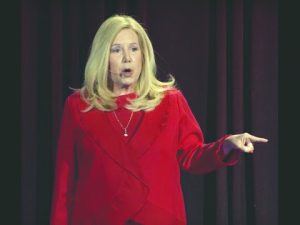 The League of Women Voters of Illinois will convene its annual luncheon with an event created to ignite action and advocacy to end gender wage discrimination.

“Rhetoric vs. Reality: Why the Time is Now for Equal Pay” will be held Aug. 6 at the Metropolitan Club of Chicago.

The luncheon will feature Laurel Bellows, former president of the 400,000-member American Bar Association and managing principal at The Bellows Law Group, P.C, a Chicago law firm. Bellows has long advocated for the end of wage discrimination and she still remains passionate about the issue.

“Over the years I have watched many attempts for ending the gender pay gap never meet fruition,” Bellows said. “I know that speaking and partnering with the passionate and purposeful women and men of the League of Women Voters of Illinois will help to create a grassroots advocacy that will bring the action necessary to make change happen now.”

Audra Wilson, LWVIL executive director, believes the luncheon and its topic aren’t just about women but about all Illinois residents.

“Many still think that (gender wage discrimination) is a women’s issue, but it is much more than that,” Wilson said. “Women are paid 77 cents for every dollar earned by men and even less for African American and Latina women. This under-compensation is not only unjust for these women, but for the millions of families in which women are the sole or co-breadwinner. This is a community issue that affects us all.”

The event will also honor Chicago attorney Barb Yong, founder of Chicago Equal Pay Day and past special assistant attorney general in the Office of the Illinois Attorney General, whose work has sustained the conversation and brought continued connection for supporters to end gender wage discrimination to their representatives and the general public.

The LWVIL 2019 Luncheon will occur at noon Aug. 6 at the Metropolitan Club of Chicago, located inside Willis Tower, 233 S. Wacker Drive.

To learn about the event, visit lwvil.org.