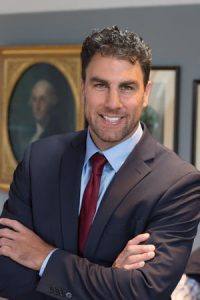 The man who lost a primary race to House Speaker Michael Madigan is now filing charges against him.

Chicago businessman Jason Gonzales filed a lawsuit in federal court Monday claiming Madigan and others defamed him by opening up his sealed criminal records and putting what Gonzales’ lawyer called phony ghost candidates on the ballot to dilute the Latino vote.

Gonzales is surprised by the lengths that Madigan’s camp went to win the election.

“I knew it was gonna be tough,” he said. “I knew Speaker Madigan was gonna play dirty. But I had no idea that (he) was going to use fraudulent, dirty and illegal tactics to win a race.”

Gonzales’ lawsuit claims that Madigan’s camp placed Joe Barbosa and Grasiela Rodriguez, both named in the suit, on the ballot to dilute the Hispanic vote. He maintained that a Madigan staffer pulled out two stacks of petitions placing Barbosa and Rodriguez on the ballot just minutes after he filed his own petitions, though Gonzales’ lawyer said there has never been a ruling challenging the legality of what he called phony ghost candidates on a ballot.

The suit seeks damages and lawyer fees along with injunctions that would forbid the practices Gonzales claimed were used in the future.

“Jason Gonzales cannot be trusted and his lawsuit is without merit,” Madigan said in a statement. “Gonzales admitted to being a convicted felon. Gonzales’ losing campaign against me last spring was funded with more than $1 million from supporters and allies of Gov. Bruce Rauner. Voters of my district soundly renominated me based on my strong record of service, giving me more than 65 percent of the vote, and they emphatically rejected Jason Gonzales because they knew he couldn’t be trusted.”

Gonzales was convicted of unlawful use of a credit card at 17. He was pardoned by Gov. Pat Quinn in 2015. Madigan’s campaign printed signs calling Gonzales a convicted felon with the pardoning information in fine print.