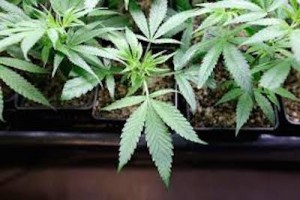 Ataraxia, located in the city of Albion in Edwards County, announced that it has begun growing plants at its 52,000-square-foot facility, according to reports. The center earlier this month

About one-third of Ataraxia’s facility is currently being used because the demand is not yet there for full operation as less than 3,000 qualified patients across Illinois have signed up for the pilot program, according to reports,

Still, Ataraxia officials reportedly say they plan to have products, oils, edibles and creams along with marijuana for smoking and vaporizing, available for sale this fall.

Ataraxia has hired 10 employees and that includes security staff, and, in fact, security is so important the Illinois State Police has a real-time view into the facility with a 24-hour video surveillance system, according to reports.

Only one other medical marijuana facility has been giving the go-ahead by the state to being growing the plants, according to published reports. No further details on that other operation have been released.

To date, nine marijuana cultivation facilities in Illinois, or about half of the growing centers that have preliminary licenses from the state, have been allowed to receive official ID cards for their employees.

Officials at In Grown Farms in Freeport in northwestern Illinois reportedly said state inspectors were on site on July 13.  A company spokesperson has told media outlets the company soon expects to be cultivating plants.