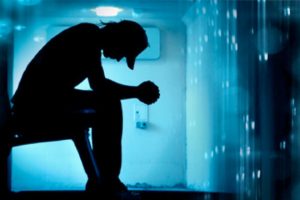 Less than 40 percent of Illinois adolescents who reported a major episode of depression received treatment for the incident, according to the most recent data from a federal agency.

The Substance Abuse and Mental Health Services Administration reported that 11.2 percent of all Illinois youth ages 12-17 had a major episode of depression in fiscal year 2014-15 — the most recent year data is compiled for — but only 39 percent of those 115,000 youth got any type of treatment for their condition.

The federal agency also reported that the 11.2 percent of youth reporting a depressive episode in 2015 was a full percentage point higher than the number of Illinois youth of the same age that reported such an episode in 2013-14.

School counselors, often with caseloads double or triple profession standards, often only see students having mental issues without an appointment if that student is suicidal. Students who are not suicidal are given an appointment, often weeks away.

“Schools are not doing enough for students and their mental health needs,” Kelsey Ward, an elementary school counselor in Joliet Public School District 86, recently told a state House committee examining mental health needs of students and resourced needed for schools. “I am at a high-needs school. Kids will scream at me because they are anxious. I have fourth- and fifth-graders who cut themselves with scissors. We had to hospitalize a 7-year-old because he planned to shoot himself when he went home that day.”

“Early intervention is the key to addressing small issues before they become big issues,” Ward said. “We need to make social-emotional health a priority.”

With schools having limited resources for addressing students’ mental health, allocation of those resources — at least in the Chicago Public Schools — is not always done proportionately, according to the Better Government Association.

According to a recent BGA review of CPS data, while white students make up only 10 percent of the district’s population, they make up 23 percent of the students receiving individualized special education programs,

Susan Hickey, a retired Chicago Public Schools social worker, said that is likely because white and “other” students are more likely to “lawyer up” — have advocates and representation there when conferences are held about a student’s educational issues.

“With an advocate, the student is more likely to get what he or she needs,” Hickey said.

She said students with social and emotional issues are often destined to remain in public schools for their entire educational career.

“If a student has an emotional or behavioral issue, he or she can be as smart as anyone but has no chance of being picked for a selective enrollment school,” Hickey said.

For too long, parents and students have kept quiet about mental issues, according to the National Alliance on Mental Illness.

NAMI DuPage created a 50-minute presentation, called “Ending the Silence,” that has gone nationwide. The free classroom presentation has a young adult living with mental illness and a family member tell their stories about mental-health challenges, including what hurt and what helped.

NAMI officials said being open about mental illness is vital because:

“I’ve worked for decades to help Americans with mental illness, and I am thrilled to be working with NAMI to end the silence and help our children understand they are not alone, and to learn how to ask for the help they need,” Gore said when making the donation. “Mental illness is a public health crisis in the United States.

“Too many people — especially young adults — live undiagnosed, untreated, and unable to reach their full potential. Armed with knowledge and understanding, and having open and honest communications can help everyone know there is no shame in needing help. It is empowering to ask for help.”