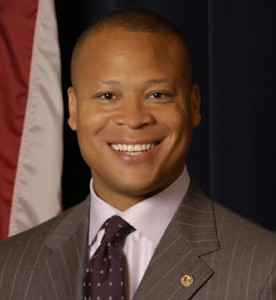 Two primary contests in Illinois, one a Chicago Democratic State House race, the other a Springfield area Republican State Senate race, show what can be expected in the general election campaign — a lot of money being spent.

Of course, in order to spend, campaigns have to have donors willing to give and just two months into the campaign year, 2016 looks like it will break spending records.

The decision by Chicago Democratic State Rep. Ken Dunkin to publicly oppose House Speaker Michael Madigan is garnering the attention in Cook County, with more than $1.5 million donated or spent on behalf of or against him and challenger Julianna Stratton in January and February.

Dunkin received even more. In January, Illinois GO (Illinoisians for Growth and Opportunity) a conservative independent PAC, gave a total of $357,950 to Dunkin.

Then in February, the Illinois Opportunity Project contributed $500,000, announcing in a press release “a substantial financial commitment is warranted to support State Rep. Ken Dunkin against the onslaught he is facing from House Speaker Mike Madigan and his public sector union allies in the March primary,”

A mirror image of that dynamic is occurring in Sangamon County, where Springfield is located. Incumbent Republican State Sen. William “Sam” McCann (R-50) is locked in an expensive fight with challenger Bryce Benton.

Much of that cash on the GOP side is coming from Dan Proft, a conservative radio talk show host and failed gubernatorial candidate. He runs the Liberty Principles PAC and is part of a three-member team that directs the activities of the Illinois Opportunity Project.

Proft is supporting Dunkin for standing up to Madigan. But he’s looking to punish McCann for doing the same to Republican Gov. Bruce Rauner.

A “conservative by choice, Republican of necessity,” Proft brooks no mixing with progressives, particularly organized labor. He said McCann “decided he could not distinguish between representing public sector workers and being a tool of public sector unions.” 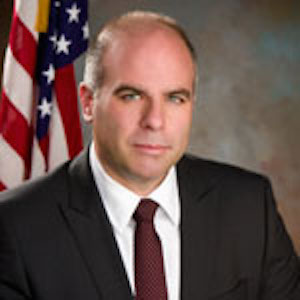 “He’s the only Republican legislator in either chamber endorsed by the AFL-CIO. That is a leading indicator,” Proft said. “He voted to override the governor’s veto last summer to strip the governor of his authority to negotiate a contract with AFSCME.”

Both houses of the Democratic controlled Illinois General Assembly approved House Bill 3793, a special appropriation that Rauner strongly opposed. It includes funding for $50 million, roughly half of the back pay owed state employees.

Proft also questioned McCann’s use of a significant amount of campaign funds, suggesting they were used for personal pursuits.

McCann did not respond to a request for comment on his situation and Proft’s allegations against him.

McCann’s challenger, Benton, an Illinois State Trooper, had zero dollars in his campaign fund in early January. That changed fast, as Illinois Liberty PAC, partly funded by mega-donor Richard Uhlein, gave $25,000 to his fund. Proft’s Liberty Principles PAC has spent $657,290 since Jan. 20, most of it on television and radio advertising in the sprawling 50th senate district.

In the meantime, organized labor has made it clear they were standing up for someone who supported them.

In its online newsletter AFSCME, the largest labor union in America, noted, “During Senate debate, Sen. Sam McCann argued forcefully that state employee back wages must be paid in full.”

“We endorsed against a Democrat that stood with Rauner and his anti-worker agenda and we supported one of the only Republicans to stand up to the governor.”

McCann, who had $110,700.12 on hand at year’s end, found himself receiving large sums from groups that constitute the lifeblood of a Democratic campaign. In February he received 25 contributions totally $193,800. Of that total, $158,900 came from just eight organizations, including $53,900 from the Chicago Land Operators PAC and $30,000 from the Health Care Council of Illinois PAC.

Of course, money isn’t the only thing coveted by politicians. Endorsements can mean a great deal.

Benton may have Proft’s support, but the Fraternal Order of Police Lodge that represents Benton’s workplace, Troopers Lodge 41, has endorsed McCann in the March primary.