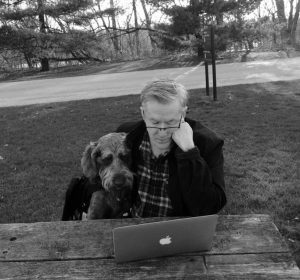 “If it didn’t work for me, I could get fentanyl or any damn thing I wanted,” said the U.S. Army veteran, whose conditions are labeled as service-connected, meaning he has 100 percent coverage for medical treatment, including drugs. “Why would I pay out of my own pocket for cannabis?”

Champion said medical marijuana reduces his spasm and pain, and gives him “a body buzz like a massage. It takes my mind off the pain. I get pain relief by inhaling with zero side effects.”

The Somonauk resident, who served on the state’s first Medical Cannabis Advisory Board, said he is ecstatic that Gov. Bruce Rauner has signed legislation that approves medical marijuana use for PTSD victims and extends the pilot medical marijuana program for another two and a half years.

The new law also adds terminally ill patients having six months or less to live to the list of medical marijuana-eligible individuals.

Champion, who was the first person to apply for the state’s marijuana pilot program, admitted that he and his wife, Sandy, started their push for veterans’ medical marijuana use for his benefit, but they have grown to embrace so many other veterans who need non-narcotic pain relief.

“There are 22 veterans a day who commit suicide because we are not doing anything about the traumas of war,” Jim Champion said. “This is the least we can do for these guys. They gave everything they have for all of us.”

The Champions have been active in the fight to get PTSD sufferers included on the medical marijuana list for six years.

“It is incredibly important for them,” Sandy Champion said of adding PTSD sufferers to the medical marijuana list. “They are given a multitude of medications and the side effects are many, including suicidal thoughts.”

She said for veterans to be able to use medical marijuana for pain management is a huge step forward.

“I am not saying it’s for everyone,” Sandy Champion said, “but the majority of veterans deserve to be able to decide what to do to medicate.”

Vietnam veteran and author Lon Hodge, a PTSD sufferer and the former clinical director of a rehabilitation hospital, estimated that 20-30 percent of veterans have the stress disorder.

“Everyone reacts differently, but it is like the feeling you get when you walk to the edge of a balcony and you feel you are going to throw yourself over. Now extend that crazy anxiety to the bulk of your day and then times it by two,” Hodge said. “You see things and it makes it worse. Loud noises get to you. You have trouble with socialization. It is a horrible way to go through a day.”

The North Chicago resident said it has been proven that medical marijuana stops the nightmares and night terrors of PTSD sufferers. He said many victims of the stress disorder simply use marijuana to help them sleep through the night.

“The public misconception is that veterans are using marijuana to escape, to get high,” Hodge said. “They are using it before bed to fall asleep. Some use it during the day in small quantities to be more social.”

Hodge, who has a service dog to help keep him calm, said he will be applying for acceptance in the pilot medical marijuana program. He noted that fingerprinting and a background check are part of the approval process to be on the medical marijuana list.

He said he hopes that by adding PTSD sufferers, terminally ill individuals – and hopefully patients with other conditions down the road – it will drive down the price of medical marijuana.

“It is a slap in the face to veterans,” Hodge said of the Illinois price of medical pot, which is not covered by insurance. “The cost is so high. It is four times that of Colorado and three times higher than Washington. Nobody is getting a medical marijuana card to get high. They are not going to get the pot to get stoned. They need the drug.”