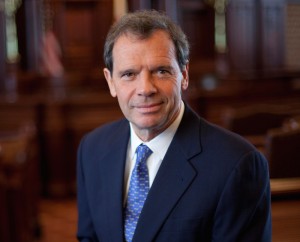 Maybe House Speaker Mike Madigan was too busy pumping up his Reeboks, checking his AOL account or collecting Beanie Babies.

How else can you explain the longtime speaker of the house and other state lawmakers allowing Illinois’ pension debt to nearly double between fiscal years 1989 and 1994?

As public pensions continue to be a stumbling block in reaching a budget agreement, the Center for Tax and Budget Accountability has just issued answers to frequently asked questions about public pensions in Illinois.

The informational piece points to the five-year stretch of fiscal years 1989 through 1994 as a point where pension debt started to really go off track in Illinois.

“At the end of fiscal year 1994, Illinois lawmakers had borrowed so much against the pension systems to fund services that combined the five (state retirement systems) were just 54.5 percent funded – meaning that just over half of all liabilities were covered by assets – and had an aggregate unfunded liability of $17 billion,” CTBA officials stated in the report. “This was almost twice the unfunded liability of $8.6 billion that existed just five years previously, in FY 1989.”

CTBA officials note that a funded ratio of at least 80 percent is generally considered to indicate that a pension system is in sound fiscal condition. 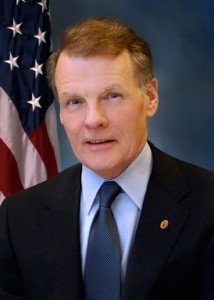 The state is now having to address the issue that it has kicked down the road for years, according to the CTBA.

“Illinois incurred its substantial pension debt, which now stands in excess of $112 billion over decades by diverting what it should have contributed to fund pension benefits to instead subsidize the cost of providing public services,” the tax watchdog group contends. “… Illinois’ funded ratio is unacceptably low, with the natural corollary being that its unfunded liability is unacceptably high. Which begs the question: why?”

CTBA reps say they used a weighted average for state retirement figures, taking into account different numbers of retirees and different pension amounts. They added that 90 percent of individuals in state pension plans do not get Social Security benefits.

Representatives of the organization note that while state lawmakers may contend that such low levels of funding are common today, the facts say differently.

“According to the Public Fund Survey, the median funded ratio for more than 100 of the nation’s largest public pension plans was 71.8 percent in 2013,” CTBA said.

On the bright side, there could be some movement on pension funding and, subsequently, the state budget. Gov. Bruce Rauner has said he could support the pension-funding model that Senate President John Cullerton had presented.

“Administration lawyers have spent weeks negotiating the best possible pension reform language with members of Senator Cullerton’s staff,” said Lance Trover, communications director for the Governor’s Office. “Central to the Cullerton model is that future salary increases are part of the employee election, and that to ensure the proposal passes Constitutional muster current law must be changed to make the employee’s election permanent. On that core principal, the governor’s legal team and the (senate) president’s legal team have agreed, and this is the model that the governor and Republican leaders endorsed … .

“We hope the Senate president still supports this agreed-upon model, originally developed by his office. If he no longer supports it, we urge him to immediately introduce new pension reform legislation that he thinks will be approved by the Supreme Court, and the governor will be open to considering it. Now is the time to act.”