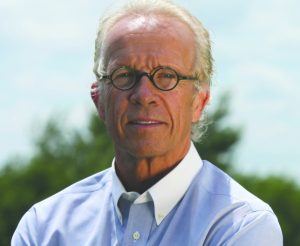 SPRINGFIELD — Nearly 400 Catholic clergy members and church staff in Illinois, some still working, were named in a report released Wednesday by a Minnesota-based law firm accusing them of sexual misconduct.

The 185-page report, published by Jeff Anderson & Associates, includes the names, assignment histories, photographs and background information of 395 individuals associated with churches throughout the state, in the Archdiocese of Chicago and the Dioceses of Belleville, Joliet, Peoria, Rockford and Springfield.

The law firm represented, by its count, hundreds of Illinoisans who were the victims of child sexual abuse.

“Those at the top have chosen not to believe so many survivors for so many years who have come forward with reports and have chosen, then, to keep secret not only the identities of those offenders, but (also) those who have been complicit in that concealment at the top,” said Jeff Anderson, the trial attorney who heads the firm that published the report.

Each of the clergy and staff members listed is accused of sexual misconduct with minors, and many were the subject of a lawsuit. The report is careful to mention “the vast majority” of those cases were settled or not “fully evaluated” by a court.

There are about 115 clergy members from the Archdiocese of Chicago named in the report, 22 from the Diocese of Belleville, 43 from Joliet, 29 from Peoria, 22 from Rockford and 23 from Springfield.

Nearly 150 laypersons in Illinois are named as well. They include clergy who are not bound to a specific geographical area and staff members who work in Catholic establishments, such as teachers and coaches.

“The data reveal the horrifying scale of priests sexually assaulting minors to the present day” and “illustrate the patterns and practices of diocesan and religious officials, including orchestrating an institutional cover-up of enormous magnitude,” according to the report.

Anderson said in a news release he wants the Catholic Church to release any relevant files to allow members of law enforcement and the public to “know who was complicit in concealing this hazard.”

“That’s what all the survivors with whom we work want most of all, no further kids to be hurt,” he said Wednesday in Chicago. “And by this report, our attention and our purpose is just to make the truth known as fully and as fairly as we can so that those kids are protected better and those in charge that are making these decisions, that have this information, are much more transparent in the future than they have been in the past.”

The six dioceses formally disclosed the names of 185 members who were “credibly” accused of child sexual abuse to Madigan’s office, but her investigation found the church received allegations of at least 500 more clergymen.

“The preliminary stages of this investigation have already demonstrated that the Catholic Church cannot police itself,” Madigan said in a December press release. “Allegations of sexual abuse of minors, even if they stem from conduct that occurred many years ago, cannot be treated as internal personnel matters.”

The investigation under current Attorney General Kwame Raoul is ongoing.

“We will review any new information that could be relevant,” his spokesperson said in an emailed statement.