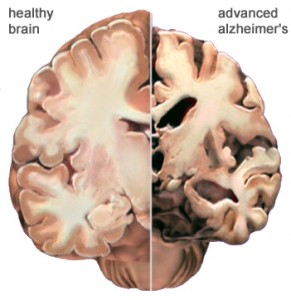 The Alzheimer’s Association 2016 Alzheimer’s Disease Facts and Figures report shows an estimated 5.4 million Americans have Alzheimer’s disease, including 220,000 in Illinois. This number is up 10,000 people from 2015.

The national number is expected to nearly triple by 2050 if a treatment is not found.

Hunger risk higher for those caring loved ones with Alzheimer’s

Alzheimer’s takes a devastating toll – not just on those with the disease, but also on entire families. Nearly half of care contributors, those who are caregivers of someone with Alzheimer’s and/or contribute financially to their care, cut back on their own expenses (including food, transportation and medical care) to pay for dementia-related care of a family member or friend.

In this year’s report, the Alzheimer’s Association also conducted, for the first time, a nationwide survey on how the cost of dementia impacts the personal finances of families and friends caring for those with Alzheimer’s or another dementia. The report calls these individuals providing support “care contributors.” The report revealed:

Findings from this year’s Facts and Figures report show that very few people are prepared for the cost of caring for someone with Alzheimer’s or dementia, which is one of the costliest — and most common — diseases affecting seniors.