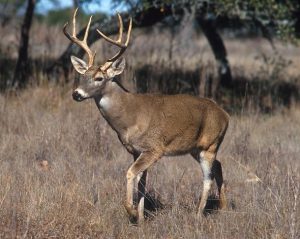 The risk for deer vs. vehicle crashes greatly increases in October, November and December, especially at dusk and dawn. (Photo courtesy of IDNR)

Autumn brings shorter days, cooler temperatures and a new set of driving habits for Illinois motorists. The Illinois Department of Transportation and Illinois Department of Natural Resources warn drivers to be vigilant during mating season as deer will be more active and visible throughout the state. The risk for deer vs. vehicle crashes greatly increases in October, November and December, especially at dusk and dawn.

“Deer can dart in front of a vehicle in the blink of an eye,” said Illinois Transportation Secretary Randy Blankenhorn. “It’s instinctual to swerve out of the way, but in doing so, drivers could lose control of the vehicle and cause a more severe crash. If you’re attentive and watchful for deer encounters, these safety tips could make all the difference.”

Motorists are urged to follow these safe driving tips during mating season:

More safe driving tips can be viewed by clicking here. 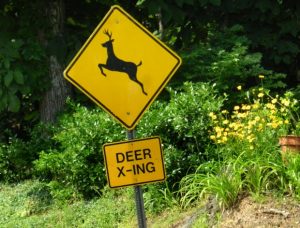 “Deer-vehicle accidents can occur any time of year, but deer are especially active in the fall during their mating season,” said Wayne Rosenthal, director of the Illinois Department of Natural Resources.  “Motorists should be on the alert for deer near roadways during early morning and evening hours, especially near wooded areas, field edges and waterways.”

If you do hit a deer, pull off to the shoulder and turn on the hazard lights. Call 911 to report the accident so the appropriate law enforcement can assist. Do not get out of the vehicle to check on an injured deer or pull it from the road. You can visit the IDNR website for information on how to claim a deer that has been involved in a crash.