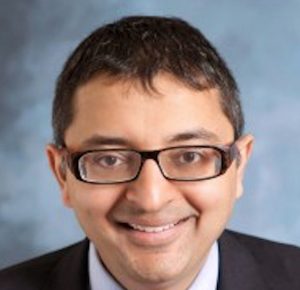 Senators Dick Durbin and Tammy Duckworth have called for the resignation of the state’s public health director over his handling of the Legionnaires’ disease outbreak at the state veterans home in Quincy.

Both U.S senators said Nirav Shah should step down from his position for not doing more after botched water-system repairs at the Illinois Veteran Home. They said the repairs were in violation of state health codes and Shah deliberately withheld information from the public and failed to cite the facility for a mistake. They said that in newly released documents, Shah detailed dangers present at the facility, and noted the violations warranted a citation yet opted not to issue one.

Additional reports, they said, indicate that Shah and other staff at the Illinois Department of Public Health found Gov. Bruce Rauner’s office to be an obstacle in ensuring a prompt and comprehensive report to the deadly outbreaks and that Rauner’s office was more focused on public perception.

“There was definitely evidence that a serious public health crisis was underway at the Veterans Home in Quincy in 2015, and the Rauner administration and Director Shah chose to sit on their hands as veterans and staff at the home fell victim to these deadly bacteria,” Durbin and Duckworth said in a joint statement. “It’s an outrage that time after time, the governor and his team prioritized public relations over protecting vulnerable veterans, their spouses and staff at IVH Quincy. Director Shah’s response to this tragedy reflects the height of irresponsibility and negligence; and it’s time for him to go.”

Since 2015, Legionnaires’ disease at the 132-year-old IVH facility in Quincy has claimed the lives of more than a dozen Illinois veterans and their spouses. In October, Illinois Attorney General Lisa Madigan opened a criminal probe into the Rauner administration’s response to the multiple Legionnaires’ disease outbreaks at the home since 2015.

January and March letters from Durbin and Duckworth pressed for a plan of action for ensuring the safety of residents, family and staff at IVH Quincy. The senators also secured federal funding in the fiscal year 2018 omnibus, which could be used for funding construction projects at state-run veteran health facilities like IVH Quincy.

The senators have also invited the federal Department of Veteran Affairs to IVH Quincy for a review and consultation on how to better prevent outbreaks in the future at the state-run facility.