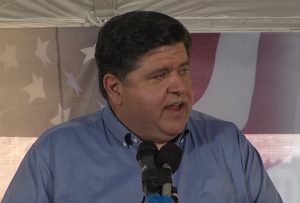 Democratic candidate for governor J.B. Pritzker said he understands how vital the agriculture industry is to the state. “With $19 billion or $20 billion of revenue so critical to the state of Illinois, nearly 1 million people employed, you know that I know how important it is to our future,” Pritzker told farmers and other agriculture supporters in Normal.

The candidates running for governor and attorney general want the state’s agriculture community to know that they hear farmers’ concerns and issues.

Gov. Bruce Rauner said he wants to put more money into the state’s Department of Agriculture, drawing top professionals from around the county to the state agency.

Noting he was on primarily Republican turf in Normal, he said that there are tens of thousands of farmers in districts that slant to the Democratic side of the ledger who need to stand up and be counted.

“Help spread the word through your fellow farmers to get candidates to sign the People’s Pledge (to get term limits on the ballot and to vote for someone for Speaker of the Illinois House besides Mike Madigan) or if they won’t sign it, have them explain why they won’t sign it. We can put pressure on to change the system.”

Rauner said in a media briefing after his appearance before the Agriculture Roundtable that his opponent’s proposal to tax people for miles driven in their vehicle would negatively impact farm families. 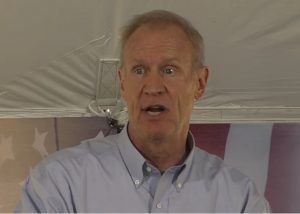 Gov. Bruce Rauner speaks Aug. 22 before the Illinois Agriculture Roundtable Candidates Forum in Normal. Rauner said his opponent’s plan to tax people for miles driven would be “devastating for anyone who lives in their cars and trucks and have to travel long distances to live their lives and run their businesses.” (Photos from BlueRoomStream.com)

J.B. Pritzker, Democratic candidate for governor, said, while not a farmer he understands how vital the agriculture industry is to the state if the overall Illinois economy is to succeed.

“Corn, soybeans, hogs, cattle, dairy — the diversity of our ag industry is truly awesome,” Pritzker said, “and with $19 billion or $20 billion of revenue so critical to the state of Illinois, nearly 1 million people employed, you know that I know how important it is to our future.”

He said it is wrong to make agriculture a partisan issue in Illinois, noting that with the jobs and money involved it should not be a rural versus urban issue or Democrats versus Republicans.

“This is a nonpartisan set of issues, if you ask me, growing the agriculture economy that is critical to our state,” Pritzker said. “As farmers and business people, you should expect government to be a stable partner for you in helping to grow the economy, educating and training a quality work force and investing in infrastructure.”

He scoffed at Rauner’s claims of wanting to boost the state’s Agriculture Department, noting that the governor pulled money from 4-H, county fairs, agriculture and vocational education, and the Galesburg Animal Disease Laboratory, which eventually closed. 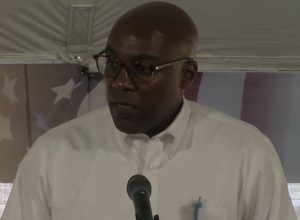 Democratic candidate for attorney general Kwami Raoul said he took some heat over proposed legislation regarding agency and permitting decision in Illinois but that his “door was open” for individuals with differing viewpoints.

The Chicago Democrat said he would fight against tariffs imposed by the federal government that are eliminating longtime customers for farmers.

Republican candidate Erika Harold said a difference between her and her opponent, Kwami Raoul, is his sponsoring of legislation regarding agency and permitting decisions in Illinois. Harold, like the Illinois Farm Bureau, opposed the legislation that would have allowed individuals without standing in a case to sue over farm sitings and business permits.

“It would not have actually protected people’s interest,” Harold said. “… It would have been an invitation to trial lawyers to try and come for ideological reasons to block decisions within our state and it would have really enhanced and created an increased cost of doing business.” 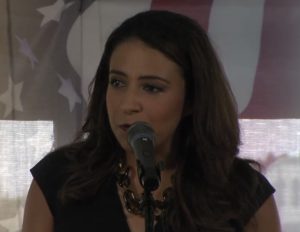 Republican candidate for attorney general Erika Harold said her opponent’s proposed legislation regarding agency and permitting decisions in Illinois “would have been a disaster for Illinois farmers.”

Raoul said he took some heat over the bill, but never ducked a conversation with Farm Bureau officials or anyone else.

“Because of the policy I’ve had in Springfield, my door was open,” the 14-year legislator said. “My door was open to people to come to educate me on the obstacles they saw with the legislation that we put forth.”

At the end of the day, he said, the decision was made not to pursue the issue.

“That is what the legislative process is about,” he said. “They call it ‘sausage-making’ sometimes because you have different people with different perspectives that weight in and you listen … That’s who I am, that’s who I will be if I’m your next attorney general.”