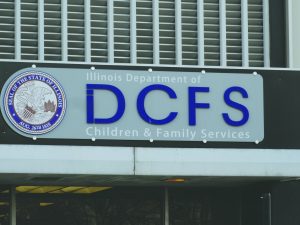 Department of Children and Family Services is mainly responsible for the protection of children who are victims of abuse and neglect. (Photo by Peter Hancock/Capitol News Illinois)

SPRINGFIELD — Some Illinois lawmakers began calling for an overhaul of the state’s child welfare agency, arguing that it has been handed too many responsibilities to handle any of them properly.

Those comments came Tuesday during a Senate budget hearing for the Department of Children and Family Services, and they came against the backdrop of at least three high-profile deaths of children who, at one point or another, had been in the custody of the agency.

“I do not believe anymore that this agency can function as it’s currently legislatively comprised,” Sen. Chapin Rose, a Mahomet Republican, said during the hearing.

DCFS is mainly responsible for the protection of children who are victims of abuse and neglect. That includes providing foster care services, adoption services and family services aimed at preventing children from having to be removed from their homes. It also includes coordinating a wide range of medical, mental health and other social services for those children and families.

Since 2012, however, most of the family preservation services DCFS oversees – what the agency refers to as “in-tact” services – have been provided by outside nonprofit agencies that contract with the state. In the wake of recent child deaths involving families that were receiving those services, many lawmakers, as well as child welfare advocates, have begun questioning whether employees of those agencies are receiving enough training and oversight.

The most recent such death occurred March 18 when 2-year-old Ja’hir Gibbons, of Chicago, was beaten to death just two days after a case worker from a private agency conducted a home visit. Ja’hir’s mother, Brittany Hyc, has been charged with a felony count of endangering the life of a child, while her boyfriend, Dejon Waters, has been charged with first-degree murder.

Ja’hir’s death came just a month after the death of another 2-year-old child, Ta’Naja Barnes, whose body was found in squalid conditions at her family’s home in Decatur. She had been in and out of DCFS custody and her family had been receiving in-home services in the months prior to her death.

According to a DCFS Inspector General’s report released in January, 98 Illinois children died during the past fiscal year within 12 months of having been involved in the state’s child welfare system – a number that was about average for the past 10 years.

“This agency has to be turned upside down and reconstituted in a thoughtful way,” Rose said. “Let’s sit down and have the honest conversation about breaking up DCFS and reconstituting something that actually works.”

State Sen. Julie Morrison, a Deerfield Democrat, also suggested DCFS has too many responsibilities, pointing to the fact that the agency is also in charge of licensing and oversight of day care facilities.

“I’m just going to say this to anybody who will listen to me: Let’s get it out of DCFS,” Morrison said. “We should not be a licensing agent for Bright Horizons and day cares. We have enough to do. Let’s pick that up and move that.”

DCFS Interim Director Debra Dyer-Webster said Gov. J.B. Pritzker’s budget request is intended to address many of the agency’s needs. It calls for total spending of $1.26 billion in the upcoming fiscal year, a $75 million increase over this year’s budget. That would be the largest single-year increase the agency has had in more than 20 years.

Much of the increase would be used to hire 126 additional investigators and case workers to ease the workloads on staff in local and regional offices around the state.

“These are the case workers and investigators on the front line, working directly with children and families,” Dyer-Webster told the committee.

But Sen. Andy Manar, a Democrat from Bunker Hill, questioned whether the $75 million increase the administration wants would be enough to address the agency’s needs.

“The $75 million is the single biggest increase we’ve had in over 20 years, but it is only a first step,” said Royce Kirkpatrick, DCFS’s acting chief financial officer.

Manar, however, said he would have preferred the agency submit a request showing everything it actually needs.

“We recite the names of dead children in this committee hearing every year,” he said. “So why didn’t the department walk in the door today with the request that is necessary to operate the department for the coming fiscal year?”

Kirkpatrick said the agency is waiting on a report from a child welfare task force that the General Assembly established last year, which is supposed to make comprehensive recommendations about compensation rates for outside agencies. That report is due to be released in January 2020. 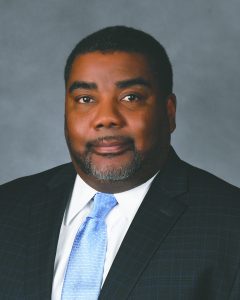 SPRINGFIELD — Gov. J.B. Pritzker announced Wednesday that he has nominated Marc D. Smith to become the next director of the Department of Children and Family Services, the state’s principal child welfare agency.

Smith is currently in charge of foster care and intact services at Aunt Martha’s Health and Wellness, a nonprofit agency that contracts with the state to provide certain child welfare services. A resident of Joliet, he holds a bachelor’s degree in criminal justice from Illinois State University and a master’s in social work from the University of Illinois at Urbana-Champaign.

If confirmed by the Illinois Senate, he would succeed Debra Dwyer-Webster, who has been serving as interim director at DCFS since January.

At the same time Pritzker announced Smith’s nomination, he also announced that he is ordering an independent, outside review of the agency’s Intact Family Services unit, which provides services to families where children are in danger of being abused or neglected in order to keep families together and to prevent children from being taken into the child welfare system.

Those services, which have largely been outsourced to private agencies, have come under intense scrutiny in recent months due to the deaths of children in the homes of families that had been receiving services from those outside agencies.

Pritzker said the review will be performed by Chapin Hall, a policy research institute at the University of Chicago.

“The most vulnerable people in Illinois are the children served by DCFS, and we must provide them the best services that our state can offer, which means assessing and implementing the recommendations of child welfare experts,” Pritzker said in a statement. “Within six weeks, Chapin Hall will deliver a report to the new DCFS director with strategic recommendations for improving children’s safety and the quality of the services the agency is providing.”