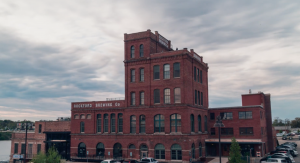 The mighty rivers of Illinois were economic engines that drove the settlement of 19th   century cities. As Illinois plains cities boomed, they constructed stately buildings along their river banks.

Now history is repeating itself as economic growth is being driven by historic preservation of those same vintage buildings in five Illinois cities.

The Rivers Edge Development Zone program in Aurora, East St. Louis, Elgin, Peoria and Rockford, with a pilot historical preservation state tax credit, is creating jobs, and bringing majestic architecture back to life, city development experts say. But the pilot program ends in 2018, and local officials and preservationists hope they can convince the state to continue and even expand it.

The REDZ program was started by the state in 2007 to give grants and incentive tools to local government to lure investment in run-down river edge properties. But when a historic renovation 25 percent state tax credit was added, a whole sector of the economy took notice.

“People that do historic preservation are seeking projects,” said Chris Setti, Peoria’s assistant city manager. “They go to Minnesota and Missouri where there are tax-credit programs.”

Downtown Peoria is in the river edge economic district, which extends along the banks of the Illinois River. But also along the river sit “some really big old beautiful buildings in the warehouse district that were built when Peoria was the whiskey distilling capital of the U.S.,” Setti said. “The economics of renovating those storage warehouses are not workable.” 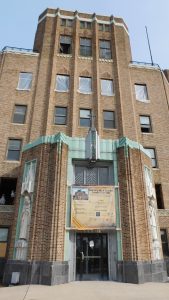 The long vacant St. Charles Hospital in Aurora is being renovated into senior housing. (Chronicle Media)

But through the program, developers are building equity in their projects by layering the 25 percent state tax credit with a 20 percent federal historic preservation credit. Developers can take the credit themselves or sell it to build equity in the project. “They’ve got 45 percent off right there,” Setti said.

Developers have invested $32 million in Peoria to create more than 150 downtown residential units and 51,000 square feet of commercial retail space in five renovated historic warehouse conversion projects. Also, a 3,000-square-foot historic church building was turned into a restaurant and microbrewery, according to a report from the City of Peoria.

Renovation work is labor intensive and creates hundreds of tradesman jobs, Setti said. “It has totally revitalized the warehouse district and brought vitality to our downtown,” he said.

“Rivers will have more historic buildings for obvious reasons, which is that those were the first highways, the major trans-shipment points, the markets, the commerce and traffic.”

State legislators from the five REDZ districts have been working to extend the historic preservation tax credits.

“We need more time to evaluate the pilot program,” Setti said. “The state of Illinois is not thinking much about tax credits these days,” he said, referring to the Illinois state financial crisis.  “But [the historic state tax credit has] really worked here. We’d like to see it extend at least another five years.”

The City of Rockford has the most historic preservation projects that have taken advantage of the historic preservation tax credit. Developers have invested $104 million in six completed conversion projects along the Rock River, including a new brewhouse. Another is in progress, according to Landmark Illinois, a preservation advocacy group. The new developments created 480 full-time jobs, as well as 824 temporary construction jobs, the report said.

For every dollar rebated in a state historic tax credit, preservation development creates $10, the report said. Landmark Illinois recommended extending the REDZ pilot program past 2018 and expanding it to include historic buildings in Illinois towns with no riverfronts. 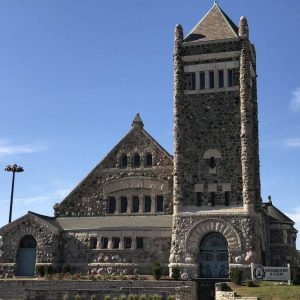 This was especially important in a time when property values have otherwise declined and many vintage buildings had become “urban blight,” Morissey said in the Landmark Illinois report. Redeveloping these buildings puts them back on the tax rolls.

“I returned to Rockford after 25 years [and] I can honestly say I never thought I would see the day that we would see the transformation that we are creating for our city and our region,” said Stacy Bernardi, Winnebago County economic development director in the Landmark Illinois report. City officials did not respond to requests for comment.

In Aurora, the city took early advantage of some of the other incentives offered by the REDZ program, said Bill Wiet, chief development officer for the City of Aurora. The city straddles the Fox River. The city used state grants available through the REDZ program for remediation of brownfield sites to clean up the site where the city built RiverEdge Park, which hosts music festivals in the summer. The city also used REDZ grants in 2007 to remove an illegal waste pile of “thousands of tires” and other debris along the river, Wiet said. The Illinois EPA granted the city $300,000 to help with the clean-up.

“We think of Aurora as having two front doors. There’s a second front door along the river now,” Wiet said. 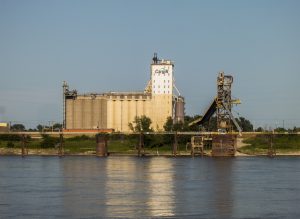 The Cargill grain elevator along the riverfront in East St. Louis. (Photo courtesy of Wikimedia Commons)

The historic preservation tax credits have been used once in Aurora this year, when a developer spent $23 million this year to convert the long-vacant 1930s era Art Deco St. Charles Hospital to a senior living residence, Wiet said. But there are at least five other historically significant projects that could be preserved, according to a report from the City of Aurora. If the program was extended, Wiet said, he thinks more historic developers would come to Aurora.

“A lot of developers out there are very in-tune to tax credit programs that can be offered for development. These historic towns along rivers have become targets for strong redevelopment,” he said.

In the City of Elgin, in spite of a sluggish economy otherwise, historic preservation developers seeking the tax credits set their sights on a 1929 Art Deco landmark, the Elgin Tower. The tower has languished underdeveloped for decades said Elgin City Manager Rick Kozol in an email.
“[The Tower] is now poised for revitalization as a market-rate apartment building,” Kozol wrote. St. Louis preservation experts are investing $16.6 million to create 45 apartment units for rentals ranging from $863 to $1,200 per month, Kozol said. The city is pitching in $6.35 million to the project, which they predict will generate $11.3 million in economic activity and create 69 jobs, Kozol said.

Because Elgin’s downtown commercial district has been added to the National Register of Historic Places, there are at least 100 other buildings in downtown Elgin that would qualify for historic preservation tax credits, if the program continues, Kozol said. 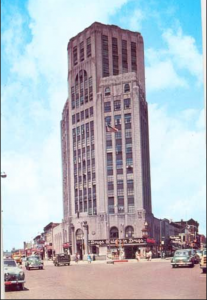 In East St. Louis, along the Mississippi, the REDZ program was most recently used when the state agreed to grant the city $5 million towards the construction of the new port. The project is redeveloping a former industrial site into a multi-modal transpiration facility. The city expanded the River Edge Development zone to include the Goose Hill neighborhood, formerly the site of the Hunter meatpacking plant, which has redevelopment potential because it sits directly across the river from the St. Louis Gateway Arch.

Landmark Illinois suggested that East St. Louis has preservation opportunities that can lure developers for some of the historic buildings in town such as the abandoned 12-story Spivey building, East St. Louis’s “only skyscraper.” East St. Louis city officials declined to respond to requests for comments. 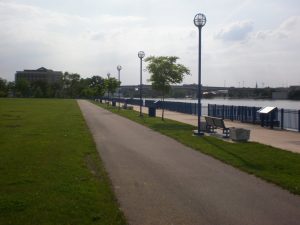