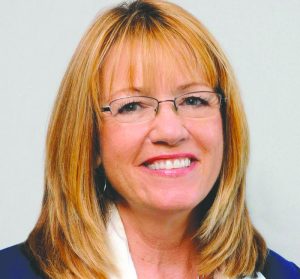 SPRINGFIELD – With more in the works for the new session, 12 bills became law last year as a result of a yearlong investigation by the Senate Task Force on Sexual Discrimination and Harassment Awareness and Prevention.

“Task forces many times meet, and many times there isn’t a lot of actual legislation that comes out and is signed into law,” said Sen. Melinda Bush, a Grayslake Democrat who co-chaired the task force. “So we’re really proud of the work that has been done here.”

Surrounded by several other members of the task force, Bush and fellow co-chair Sen. Jil Tracy, a Quincy Republican, held a news conference Tuesday to discuss the task force’s newly-released report, and to detail some of the legislation that resulted from its investigation last year.

The outcomes included, among other things, legislation that requires lobbyists, legislators and state employees to receive harassment training; extends the statute of limitations for sexual conduct offenses; gives assault victims more rights at medical facilities; and requires taxing bodies to notify the public if an employee is fired for sexual harassment or discrimination.

The most important bill passed, according to task force member and Chicago Democratic Sen. Bill Cunningham, was one that allowed a victim to bring a complaint directly to the legislative inspector general, without the LIG needing approval from a panel of legislators to investigate the complaint. 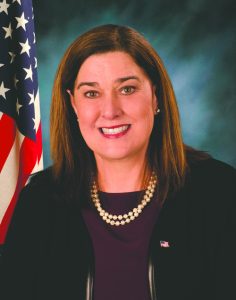 The office of the LIG, which handles ethics complaints against state officials, had been vacant for three years while 27 complaints piled up without action. When this news came out and an acting LIG was appointed in late 2017, however, approval from the Legislative Ethics Commission – a panel of lawmakers – still was necessary to investigate sexual harassment cases.

“Everyone on the panel agreed we really had to [change] that,” Cunningham said. “We couldn’t have sat there waving our finger at the private sector if we didn’t take care of our own house first.”

According to the task force’s report, 3,201 discrimination charges were filed with the Illinois Department of Human Rights in 2017, the most recent number available. A further 403 harassment charges were filed.

Most of those charges came from private sector employees, but charges coming from local and state government units, schools, universities, and unions all numbered in the dozens.

For the 2019 legislative session, the task force is proposing six new bills, including:

“We got a lot of things done under the dome this past year,” Tracy said. “Some of these [new bills] will venture a little more into the private sector.”