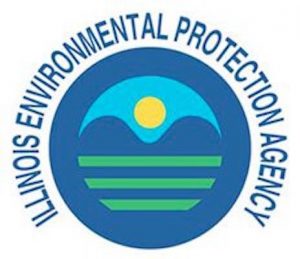 Three public meetings will be held this month to give Illinois residents an opportunity to comment on how the Volkswagen settlement funds should be spent.

Springfield, East St. Louis and Chicago. The sessions will focus on the IEPA’s draft plan on how to use the state’s $108 million allocation from the VW settlement.

“The public input period resulted in extensive comments from individuals, companies, advocacy groups and potential applicants,” said Illinois EPA Director Alec Messina. “Illinois’ BMP is a living document that will continue to evolve as needed to benefit air quality and the health of Illinois residents.”

Public outreach sessions will be from 6-8 p.m. on:

The outreach sessions are a 180-degree turn from the IEPA’s position just last month. Alec Messina, director of the IEPA, testified before lawmakers that his agency used an “open and transparent process” in gaining public input and saw no reason to delay the allocation process in order to gain more public input.

In fact, he said that delaying the expenditure of the VW settlement money for more comment would delay needed improvements to the state’s air quality.

“We would be able to do really significant things to improve air quality in areas that need it the most,” Messina said of not waiting.

Illinois is getting a $108 million windfall stemming from Volkswagen and some of its North American subsidiaries entering into a multi-billion-dollar settlement with the federal government for violations of the Clean Air Act. VW publicly admitted to installing “defeat devices” in certain diesel vehicles, causing the vehicles to operate differently during emission testing compared to normal operations, circumventing federal vehicle emission standards.

In its Beneficiary Mitigation Plan, the IEPA has proposed that 65 percent of the VW funds go toward off-road efforts to reduce air pollution, such as new engines for locomotives and tugboats. Environmentalist have contended that Illinois should allocate up to 15 percent of the funds (maximum allowed in the federal settlement agreement) in electric vehicle charging stations. The BMP currently has no money allocated for charging stations.

IEPA officials said the Beneficiary Mitigation Plan details Illinois’ proposal to remove old, dirty diesel engines from service and replace them with new electric, alternative fuel, and cleaner diesel engines. Officials said they developed the draft plan with a goal of achieving the maximum nitrogen oxide emission reductions possible while recognizing the diversity of potential projects that may be available.

Castro has proposed a 26-member task force to tackle the VW settlement issue. The proposed panel, under Castro’s legislation which has passed the Senate and been sent to the House’s Environment Committee, would include the director or a representative of the IEPA, appointments of the Illinois Department of Public Health and Illinois Department of Transportation, appointments from the state Senate president, House speaker and both Republican legislative leaders; representatives of the Regional Transit Authority and Chicago Transit Authority, an appointee of Argonne National Laboratory; a member on behalf of the Cook County Forest Preserve District, and a representative of labor unions.

Castro said that anyone wanting to give input on how the Volkswagen money is spent will get a say.

“It is so important to have everyone in the room to vet out ideas and go back and forth, to all decide on the issue, hearing what everyone thinks,” Castro said.

IEPA’s Volkswagen Settlement web page, www.epa.illinois.gov/topics/air-quality/vw-settlement/index, includes information on the agency’s draft BMP and other aspects of the VW settlement.

Input on the draft plan can be sent to EPA.VWSettlement@illinois.gov.