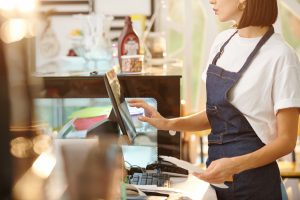 The unionization of a Starbucks store, and the potential for other stores in the area to join them in unionizing, is a genuine breakthrough moment, says University of Illinois business and law editor Phil Ciciora.

In a potential watershed moment for organized labor and fast food workers, employees at a Starbucks in Buffalo, New York, voted 19-8 to form a labor union — the first such union in the coffee chain’s 50-year history. Robert Bruno is a professor of labor and employment relations at the University of Illinois Urbana-Champaign and the director of the Project for Middle Class Renewal, a research-based initiative tasked with investigating labor policies in today’s economy. Bruno spoke with News Bureau business and law editor Phil Ciciora about possible ripple effects from the Starbucks unionization.

The unionization of one Starbucks outlet in upstate New York has been hailed as a turning point for organized labor. What are the ramifications, and does it portend further unionization of other Starbucks stores and similar jobs in the industry?

The unionization of a Starbucks store, and the potential for other stores in the area to join them in unionizing, is a genuine breakthrough moment. Taken as a discrete event, the organizing of a small number of coffeehouse workers in one part of a single state may not seem to portend much at all. But consider that the retail industry and the food and beverage industry are big generators of the country’s job creation – the majority of it low wage and unstable – and you realize that the sectors have become the dominant model for employment in the U.S.

As such, working at Starbucks represents the kind of jobs that are needed to support an American middle class. Better pay, benefits, safe working conditions, secure and stable schedules, and — most important — a strong worker voice in how work gets done are all a part of creating high-quality jobs. 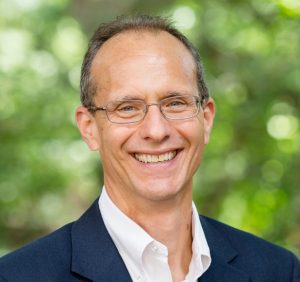 U. of I. labor expert Robert Bruno

What labor history teaches us is that the day before an industry or employer was unionized, no one said it could happen. Today it’s Starbucks. Tomorrow it could be Walmart and Amazon, which look increasingly like yesterday’s General Motors and U.S. Steel.

Is this a unique situation or does it reflect pandemic-related changes to the balance of power between employees and employers? Similar union pushes have occurred and failed within the past year.

Surges in union organizing and worker resistance, like strikes, happen because of immediate material causes unique to the moment, but they also reflect changes to the underlying conditions impacting the balance of power between capital and labor.

Do you foresee momentum for an increased push to unionize going into 2022?

I do. With every Starbucks store that organizes and every Amazon center that faces a union election, the drive to bring a collective voice to marginalized workers will grow.