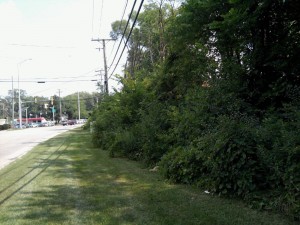 As the colder weather begins to set in, maybe it’s not a good time to mention ice. Yet the Chain O’ Lakes region in McHenry and Lake counties once played host to a profitable ice harvesting industry, from approximately 1900-40, as a means of refrigeration and cooling before the advent of machinery employing various gases for the same purpose.

The expansion of trains and rail service into Lake County, during the early 1900s, aided the growth of local towns situated close to the lakes by bringing tourists, hungry to escape urban locales, and seeking out resort atmospheres. Fox Lake had the famed Egyptian lotus beds, which covered the water surface except for cut pathways for boat traffic. Today, a few of the original beds remain near the Grass Lake Bridge.

“In the early 1900s, ice harvesting was a major industry, second only to tourism in the Fox Lake area,” said Kris Pyle, the manager for historical resources at the Lake County Discovery Museum in Wauconda. “There were several large ice houses in the Fox Lake, Pistakee Lake, and Duck Lake areas, right on the shores.”

Winter and its inherent freezing temperatures permitted large slab blocks of ice to be “sawed-out” from the frozen lake tops using a variety of cutting tools, and hauled away to the shore with grappling hooks. They were then lifted out and collected to be stored in the lakeside ice houses, for shipment by train to Chicago, or locally.

“Ice was used by the local resorts and hotels on the Chain, but also by Chicago meatpacking companies,” said Pyle. “The train service was a benefit and boon, allowing the area to be a supply source.”

One such icehouse in Fox Lake existed at the end of Bay Road. A railroad spur line connected the storage structure on Pistakee Lake with the main lines located near what is now Sayton Road, a contraction of the Sayles and Tonyan family names who owned the property

The Pistakee Lake icehouse eventually burned down, mirroring the demise of the once-flourishing industry. The “iceboxes” and cold sheds of the past, gave way to electrically controlled refrigeration machinery operating with Freon and other gases, providing easier accessibility and convenience to commercial and residential applications.

The paved streets of Bay and Eagle Point roads still run into each other and link, although the train tracks have long been removed, except for one area that is camouflaged in the summer by leafy green foliage, while partially visible in the winter months when the landscape is barren. It is a ghost of those ice-harvesting days that quietly sleeps.

West from the intersection of U.S. Route 12 and Eagle Point Road, a stand of volunteer shrubs and trees shields an approximately 100-foot stretch of spur line railroad track. The segment is well over one century old, extending from the traffic-signal control box to an alley entrance.

The Village of Fox Lake landscaped the area near the signal box several years ago, planting decorative bushes and grasses. The digging also left one side of the track further exposed to viewing.

“We always wondered what the train track was doing there, we knew it was old,” said Jean Faust, a resident on nearby Arlington Avenue. “You can see it during certain times of the year. They say Noah’s Ark is like that too.”