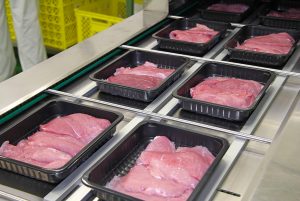 U.S. consumers are paying for record fuel prices in more ways than each time they fill up their personal vehicles or machinery.

Freight and distribution costs have skyrocketed due in part to higher fuel prices, which are putting more pressure on the price of everything from meat to home goods.

The index for general freight trucking increased 39 percent from January through April this year and by 52 percent compared to January 2021, according to a recent CME Group Daily Livestock Report.

A key driver — fuel prices — soared to record levels of $4.95 per gallon for gasoline and $5.72 for diesel fuel nationwide as of June 8, AAA reported.

“While retail gasoline prices are at all-time record levels, diesel prices have increased even more,” authors of the Daily Livestock Report noted. “These (fuel and labor) costs are passed on to the customers, be it processors, distributors or retailers, and ultimately to the consumer in the form of higher prices.”

Consumers have generally remained steadfast so far dealing with inflation. But consumption and income projections imply the smallest savings rate this year since 2009, according to Scott Brown, University of Missouri livestock economist.

“Expenditures have stayed strong. How do you do that? You don’t save as much as you were,” Brown said at the Illinois Beef Association’s summer conference held in conjunction with the Illinois Forage and Grassland Council’s Forage Expo in Macomb. “I think low-income earners in this country are getting ready for tough times.” 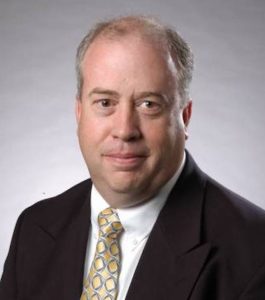 Brown looks for some consumers to start “buying down” in response to inflation, although he looks for pork and beef demand to remain strong.

U.S. consumers eat an average of about 5.8 ounces of meat per day, up slightly from USDA dietary guidelines that recommend 5.5 ounces per day, according to Frank Mitloehner, air quality specialist at the University of California – Davis.

“Many people think we eat way too much meat in his country,” Mitloehner said at the World Pork Expo in Des Moines. “That’s not what the data shows.”

A key way to improve food availability and drive down costs is to reduce waste. About 40 percent of food produced in the U.S. is wasted annually, he noted.

“With the high price of food, one thing we can do is expand capacity,” he told FarmWeek at World Pork Expo. “We need more labor on farms and in plants. We’ve got a severe deficit.”

“Line speeds are part of the solution (to food price inflation),” Giordano added. “Food safety and worker safety are not mutually exclusive. A lot of these plants have a long history of operating at faster line speeds without a problem.”