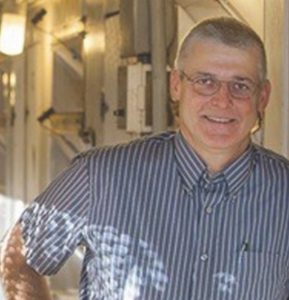 “Enacting the budget policies into law this year would strengthen our nation’s economy and lay the foundation for shared prosperity, while also improving our nation’s long-term fiscal health,” said U.S. Agriculture Secretary Tom Vilsack, in a May 28 USDA news release. For more information on the President’s FY 2022 Budget, visit: www.whitehouse.gov/omb/budget.

BLOOMINGTON — The Illinois Farm Bureau’s RFD Radio (not affiliated with this column) reported last week that in addition to farmers dealing with a nationwide lumber shortage, issues acquiring steel for grain bins — and the necessary labor to build them — could lead to grain storage shortages in an expected bumper crop year.

“We’re seeing steel prices more than 2.5 times (higher) than what they were a year ago,” said Travis Bressner, GROWMARK customer service manager for grain systems. “Many times we’re out into or past harvest on different items (for delivery). It’s more so a function of a raw material supply and the labor supply are putting restrictions on manufacturers. It’s really hampering their capacities.”

“From a storage standpoint, if you don’t have an order already, you’ll be hard-pressed to get (a grain bin), let alone built this year,” Bressner added. “It’s not that easy to get as much steel as you maybe want right now.”

SPRINGFIELD — The Illinois Pork Producers Association and Raymond, Illinois pig farmer Phil Borgic are asking the USDA to appeal a recent federal court decision that struck down a provision of the Department’s New Swine Inspection System, which gives the OK to pork facilities to operate their processing lines at higher speeds. According to Borgic, who has served in a number of leadership positions for state and national pork producer groups, the court ruling affects 2,153 Illinois pork producers and trickle down throughout the economy.

“If small hog farmers are forced out of business, we will see a more consolidated pork industry. This could reduce competition, drive industry consolidation, and concentrate more power in the hands of pork processors — all with the stroke of a judge’s pen,” Borgic wrote, in an op-ed piece distributed to media by the IPPA. “We can avoid these damaging outcomes. We need USDA to stand up for Illinois hog farmers and producers across the country by both appealing the federal court decision and seeking a stay, halting the competitive pork production system, and the significant economic benefits it provides to our communities around the country.”

The federal court ruling will result in $82.3 million in reduced income for hog farmers and a 2.5 percent loss in pork packing plant capacity nationwide, according to Dermot Hayes, an Iowa State University economist.

SPRINGFIELD — The Illinois Department of Agriculture and Gov. J.B. Pritzker announced last week that the 2021 theme for the Illinois State Fair (in Springfield and Du Quoin) will be “One Illinois,” a tribute to farmers’ resilience during the COVID-19 pandemic and the reunification of residents at the state fairs.

“Illinois’ proud agricultural tradition has long been the force that drives our state forward, and the last 18 months have been no different. In March of 2020, when the world seemed to come to a halt, our state’s number one industry kept right on going,” said Governor J.B. Pritzker. “While the COVID-19 pandemic demanded a temporary pause to the State Fairs, communities across the state will once again have a chance to come together as ‘One Illinois’ this August to celebrate our number one industry and the people that keep us all going.”

The motto “One Illinois” will be displayed throughout the Springfield and Du Quoin Fairgrounds, as well as on the 2021 Illinois and Du Quoin State Fair logos and merchandise, and mobile COVID-19 vaccination sites will be located at both state fairs, IDOA announced.

“If this year has taught us anything, it’s that we are all Illinoisans,” said Jerry Costello II, IDOA director. “This underscores the importance for everyone to get vaccinated. Everyone doing their part will ensure the safety of fairgoers, vendors and staff when we gather to celebrate this summer.” (Illinois e-News)