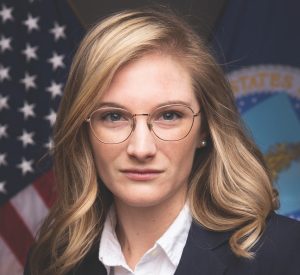 ’Steffani Bezruki, a Champaign County native and U of I graduate, has been named chief of staff for the office of the USDA Undersecretary of Rural Development. (USDA photo)

’Tis the season for farmers to be talking about the weather, and the first week of 2023 provided plenty to talk about. We have a look at the historic climatic start to the year, along with news of Illinoisans appointed to top agricultural posts and cutoff dates for important USDA-NRCS conservation programs. Please read on …

URBANA — The week of Dec. 30, 2022-Jan. 5, 2023 was the warmest on record in Peoria and the second warmest in history in Rockford and Paducah. This is according to Trent Ford, Illinois State Climatologist, who recapped the weather for the first week of 2023 in the Jan. 6 edition of the University of Illinois Extension’s “The Bulletin.” Ford noted that temperatures around the state varied from between 10 and 18 degrees above normal during the week. Most areas of the state saw at least one day with a high in the 60s, including 69 degree highs in Alton and Du Quoin.

“Farther out, models are painting warmer and wetter weather into the middle of January, so it looks like we’ll need to wait a bit longer for our next big cold outbreak,” said Ford.

The New Year’s initial warm spell followed a pre-Christmas deep freeze across Illinois that had livestock producers scrambling to protect their animals from Arctic-like weather conditions. However, the weather fluctuations haven’t had a major impact on the condition of the Illinois winter wheat crop, reported Farm Week’s Daniel Grant. Though some farmers in states to the west are having trouble with their wheat crop this winter, Illinois wheat was rated 67 percent good to excellent, 31 percent fair and just 1 percent poor as of Jan. 3, according to the NASS Illinois field office.

BLOOMINGTON — During its annual meeting in St. Louis last week, the American Soybean Association elected an Illinois farmer as its leader. As newly elected ASA president, Daryl Cates of Columbia, Illinois will steer the organization through a new year of soybean policy advocacy, including planning for the 2023 farm bill and other soy priorities. The position allows Cates to play a leading role in driving policy initiatives forward for soybean growers, according to an Illinois Soybean Association media advisory.

In addition, the ASA Board elected Stan Born of Mahomet, Illinois, as an at-large member of the Executive Committee. Other Illinois farmer-leaders serving on the ASA Board include Roberta Simpson-Dolbeare of Nebo, Jered Hooker of Clinton, Ron Moore of Roseville, Bill Raben of Ridgway, Rob Shaffer of El Paso and Bill Wykes of Yorkville.

Time running out for CSP applications

CHAMPAIGN — Time is running out for farmers to claim their part of up to $12.1 million for new Conservation Stewardship Program contracts expected to be awarded in fiscal year 2023 in Illinois. Producers have until Feb. 3 to submit proposals to be considered for funding in FY 2023 for CSP, a financial assistance conservation program that offers incentives for agricultural and forestland producers who undertake conservation activities on their farm.

In addition, Dozier announced the U. S. Department of Agriculture-Natural Resources Conservation Service will offer funding in Marshall and Putnam Counties for the Mississippi River Basin Big Bend Enhancing Water-Soil-Habitat Quality project through the Regional Conservation Partnership Program. Producers can apply for assistance through the CSP, which allows producers to build on their existing conservation efforts while strengthening their operation through special conservation activities that are offered. Applications for the project to improve water quality in Marshall and Putnam Counties are also due on Feb. 3.

U of I grad named to key USDA post

WASHINGTON, D.C. — The United States Department of Agriculture announced a number of key staff appointments to senior staff positions in December, including the promotion of a University of Illinois graduate to chief-of-staff for the Under Secretary of Rural Development. Steffanie Bezruki joined USDA in January 2021 as chief of staff for the Rural Business-Cooperative Service. Prior to her tenure at USDA, she served in a variety of leadership positions on Capitol Hill. These roles included working as legislative director for U.S. Rep. Abby Finkenauer, D-Iowa, from 2019-21 and, previously, as senior policy adviser for former U.S. Rep. Cheri Bustos, D-Illinois.

Bezruki’s policy areas of focus have included agriculture, rural development, health care, and issues impacting small businesses. Hailing from Champaign County, Bezruki holds a bachelor’s degree from the University of Illinois at Urbana-Champaign. In her new role, Bezruki will serve in support of Rural Development Under Secretary Xochitl Torres Small, who was confirmed by the U.S. Senate to the position in Oct. 2021. She will also support the staff at Rural Development in hundreds of offices across the country.

The U of I grad said she is looking forward to partnering with residents of rural communities to help them meet their improvement goals. “I’ll work with them to ensure that people in all of our rural communities can access the resources that they need to thrive,” Bezruki said in an interview published in Farm World. “I’m focused on strengthening the partnerships that we already have and bringing more partners to the table to get things done.”