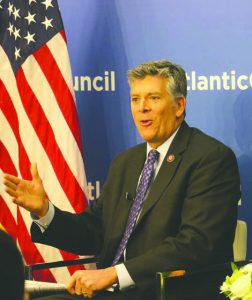 This week’s farm and rural news roundup offers perspective on rising egg prices, aid for producers dealing with herd depopulation and a controversial merger of grain companies along the Mississippi River. We also have summaries of the latest information from USDA-NASS Illinois, including corn and soybean planting progress reports and upcoming surveys … please read on!

URBANA — University of Illinois animal sciences professor Ken Koelkebek says that with just 6 million laying hens, Illinois is considered a small commercial egg producer. This could be a factor in why wholesale egg prices jumped from 94 cents to $3.01 a dozen from March to April. The demand for consumer eggs has skyrocketed with people cooking and baking at home more, causing grocery stores to limit shoppers’ purchases, according to a recent news release from the University of Illinois Extension.

“There has also been a disruption in the supply of cartons,” Koelkebeck says. “Demand was so high and there’s only two or three companies that make these cartons. They couldn’t keep up.” Egg plants are highly automated and need fewer workers, so they haven’t had issues with shutdowns like pork and beef plants, he added.

With dozen-sized cartons in short supply, eggs are stockpiled at plants on 30-count flats, which usually go to restaurants. Now, some eggs may be sold in generic, unlabeled cartons, according to Koelkebek. In March, the USDA issued new regulations allowing wholesalers to sell excess restaurant food to the public in unlabeled packages, with or without individual date stamps.

PEORIA — This columnist joined legions of others concerned about the fate of Illinois’ pork industry in sending a letter to state lawmakers in Washington, seeking federal assistance with the staggering costs associated with mass herd euthanization of pigs due to disruptions in the food chain caused by the novel coronavirus. The letters, encouraged by the Illinois Pork Producers Association, prompted this near-immediate response from Rep. Darin LaHood, R-18th:

“As you may know, the Governor must request emergency support funding or federal reimbursement from the Federal Emergency Management Agency (FEMA). After discussions with constituents and the Illinois Pork Producers, on April 28, 2020 I was proud to send a letter along with Representatives (Adam) Kinzinger, R-16th, (John) Shimkus, R-15th, (Rodney) Davis, R-13th,  and (Mike) Bost, R-12th, to Governor Pritzker, urging him to support the pork industry and its critical infrastructure by requesting aid through FEMA Category B – Emergency Protective Measures-Public Assistance. While the industry continues to face challenges with food service and processing facility closures, we must support the safe euthanizing of hogs and ensure financial assistance is provided to producers to help with disposal costs while we work to safely operate the production lines and reopen markets.”

It’s good to know, in this columnist’s opinion, that Illinois lawmakers — on both sides of the aisle — stand with the state’s agriculture sector in this time of uncertainty and stress.

BLOOMINGTON — The sale of 35 grain elevators located along the Mississippi River by Bunge North America to Zen-Noh Grain Corporation, a subsidiary of a Japanese coalition of agricultural cooperatives, has some Illinois farmers concerned that the sale will end grain pricing competition on the river between Dubuque and the Quad Cities. The recent consolidation has earned the attention of 15 U.S. senators, including Illinois Sens. Tammy Duckworth and Richard Durbin, who signed a letter to the U.S. Department of Justice Antitrust Division and the Federal Trade Commission questioning the sale.

“This pandemic has caused unprecedented volatility in American commodities markets, such as cattle, pork and crude oil,” the letter stated, in part. “The agencies must be vigilant in monitoring these markets and related markets for potential market manipulation or illegal collusion.”

Carroll County farmer and farm bureau board member Brad Smith said there is concern that with all of the elevators serving the northwestern Illinois farm market being owned by one company, price fixing will occur. “We (farmers) shouldn’t be anti-business, but at the same time we need to look out for our agricultural markets. Once the competition is gone, you’re not going to get it back,” he said. (FarmWeek-Ashley Rice)

SPRINGFIELD — Farmers have overcome spotty storms, late frost and occasional hailstorms to exceed the five-year average for corn and soybean planting progress, according to the May 11 USDA-National Agricultural Statistics Service Illinois Crop Progress and Condition report. As of May 10, corn planted had reached 68 percent compared to just 11 percent in super-soggy 2019. Corn emerged reached 43 percent compared to the previous year’s 3 percent, and the five-year average of 35 percent.

SPRINGFIELD — Beginning in late May, USDA-NASS will begin surveying Illinois producers to estimate hog and pig inventory in the time of COVID-19. For what is sure to be an asterisk year, NASS will seek information on herd size over the past three months, along with future farrowing intentions.

“Farmers may return the survey by mail or online,” said Mark Schleusener, Illinois State Statistician for NASS. “This quarterly survey provides valuable information about pork production to farmers and rural communities. Hog inventories in Illinois have been rising since 2014, Schleusener added.

Also in late May, NASS will begin surveying Illinois farmers to estimate the value of agricultural land, which peaked in 2014 but has lost little value over recent years. Farmland peaked in 2014 and pasture land peaked in 2015, according to Schleusener. Producers may complete the surveys at www.agcounts.usda.org. For more information on the confidential surveys, call the NASS Heartland Regional Field Office at 800-551-1014.

The pork industry provides over 57,000 jobs in the state of Illinois. (Office of Rep. Darin LaHood)