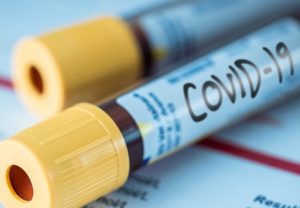 As the statewide seven-day rolling COVID-19 positivity rate reaches its highest figure since Jan. 30, momentum to broaden the state’s reopening plans have been slowed.

SPRINGFIELD – Public health officials on Wednesday, April 7 announced 3,790 new confirmed and probable cases of COVID-19 out of 80,628 test results reported over the previous 24 hours, bringing the statewide seven-day rolling positivity rate to 4.1 percent, the highest that figure has stood since Jan. 30.

Statewide, COVID-19 hospitalizations also increased Wednesday, as the Illinois Department of Public Health reported a total of 1,710 individuals were hospitalized with COVID-19 as of Tuesday night, April 6. Of those, 353 patients were in the intensive care unit and 142 were on ventilators.

Wednesday’s hospitalization statistics were at their highest levels since mid-February.

The increased case positivity numbers and hospitalizations have caused state officials to place a hold on the next steps for reopening that were announced late last month.

In order to move to the “bridge phase” of reopening with higher capacities at events, businesses, and venues, the state must vaccinate at least 70 percent of the population aged 65 and older, while hospital ICU bed availability needs to be higher than 20 percent and COVID-19 hospitalization and death rates stable or flat for 28 days.

The state will then be able to move to phase 5 when half of Illinoisans aged 16 and older have received at least one dose of the vaccine.

While Illinois has reached its first vaccination goal with just over 72 percent of its 65-and-older population having received at least one dose of a COVID-19 vaccine, trends of increasing case positivity and hospitalizations have prevented the state from moving forward to the bridge phase.

Speaking at a news conference in Rockford Wednesday, Gov. J.B. Pritzker said the increasing COVID metrics were “of great concern.”

“The number of hospitalizations is increasing, the number of cases of people going into ICU beds is increasing,” Pritzker said. “We want to make sure that before we reopen any further in the state, that we get that under control.”

“We want to make sure that everybody gets vaccinated and as we get more people vaccinated, I think those case numbers, those hospitalization numbers, those ICU bed numbers will come down,” Pritzker said.

As of Wednesday afternoon, over 2.5 million, or 19.6 percent, of the state’s 12.7 million residents have been fully vaccinated for COVID-19.

A total of 139,724 doses of COVID-19 vaccine were administered across the state Tuesday. The state has administered over 6.5 million vaccine doses to date.

The state remains in Phase 1B-Plus of its vaccination rollout plan, although several counties had already opened up their vaccine supply to all adults as of Tuesday. The state plans to open eligibility to all Illinois residents age 16 and older beginning Monday, April 12.