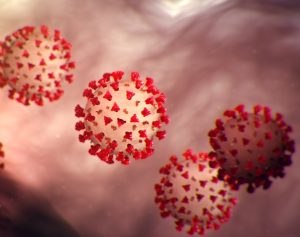 SPRINGFIELD – The statewide COVID-19 positivity rate was 6.5 percent Saturday, Jan. 9 as the state reached one month since it had a seven-day rolling positivity rate above 10 percent.

The Illinois Department of Public Health reported an additional 6,717 confirmed and probable cases of COVID-19 on Saturday, bringing the total number of cases in Illinois to 1,024,039 since the outset of the pandemic.

Saturday’s seven-day rolling positivity rate was 8.3 percent, dropping from 8.5 percent the previous two days. That figure has not been above 10 percent since Dec. 8.

Saturday also marked the third straight day in which more than 100,000 tests were administered across the state, the most tests administered over a three-day span since Dec. 10-12.

IDPH reported that 3,589 individuals were hospitalized due to COVID-19 as of Friday. Of those, 742 patients were in intensive care units and 393 were on ventilators.

This week, Gov. J.B. Pritzker announced that he would begin scaling back some Tier 3 mitigations as early as Jan. 15 for regions that are meeting state-mandated metrics.

The entire state has been under Tier 3 mitigations since Nov. 20 in order to slow the spread of COVID-19. The seven-day rolling average peaked at 13.2 percent Nov. 13.

The current mitigations prevent indoor service at bars and restaurants and require some buildings, such as casinos, museums, and movie theaters, to close temporarily. Indoor dining and drinking at restaurants and bars are also prohibited in Tier 2, while limited-capacity indoor dining is allowed in Tier 1.

Pritzker said that he planned to leave mitigations in place long enough to cover the potential incubation period of positive cases following the holidays.

According to IDPH, a region must experience a positivity rate below 12 percent for three consecutive days, have greater than 20 percent available intensive care unit and hospital bed availability, and declining COVID hospitalizations for 7 of the 10 days in order to be moved out of Tier 3 mitigations.

Currently, only two IDPH-designated regions are meeting requirements to reach Tier 2 mitigations – Region 2, which includes 20 counties in north-central Illinois, and Region 7, which includes south suburban Kankakee and Will counties.