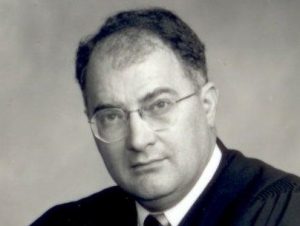 SPRINGFIELD – The highest court in Illinois appointed a new member to its bench on Tuesday, Nov. 10.

Carter will take the seat of Justice Thomas Kilbride, who failed to win at least 60 percent of the vote in his retention election last week. Kilbride’s term is set to end on Dec. 6.

Kilbride, who served on the court for two 10-year terms, only earned 56.4 percent of the vote in his district, according to unofficial results.

The Illinois Supreme Court voted unanimously to approve Carter’s appointment but Kilbride did not participate in the vote, according to the news release.

Carter, who was first elected as a Democrat, will serve until a new justice is elected in November 2022.

In the news release, Carter wrote he would not seek to remain on the court when his two-year appointment ends.

“I am humbled by the confidence and trust the Court has placed in me as it is the honor and privilege of a lifetime to serve on the Illinois Supreme Court,” Justice Carter said. “It is a place where I first started my career as a law clerk to Justice Howard Ryan and it is where I will retire after this two-year appointment as I won’t seek to run for this seat in 2022.”

Carter first joined the bench in 1979 when he was appointed as an associate judge in the 13th Judicial Circuit Court, which covers Bureau, Grundy and LaSalle counties.

He was elected as a circuit judge in the 13th Judicial Circuit in 1988, and retained for the seat in 1994 and 2000, before he was appointed to the 3rd District Appellate Court in September 2006.

The 3rd District Appellate Court is one of five appeals courts in the state that sit directly below the Illinois Supreme Court. The Supreme Court can assign additional circuit or appellate judges temporarily to any district, according to the court’s website.

Carter’s appointment to the 3rd District Appellate Court was extended, typically every two years, by the Illinois Supreme Court from 2006 through 2020.

He earned his undergraduate degree from the University of Illinois at Urbana-Champaign in 1968.

Carter was drafted to join the U.S. Army after earning his bachelor’s degree, and was deployed to Vietnam from 1969 to 1970. He was awarded the Army Commendation Medal for his service in Vietnam.

He was a law clerk to Justice Howard C. Ryan of the Illinois Supreme Court for a year following law school, and was a lawyer in private practice from 1975 to 1979.