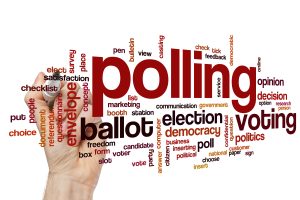 The survey found that nearly two-thirds of those surveyed, 65.5 percent, said a candidate’s position on abortion was either “extremely” or “very” important in their voting decision. That number shoots up to nearly 78 percent among Democrats.

SPRINGFIELD – A new survey released this week suggests Illinoisans are more moderate on the issue of abortion than the current Democratic-controlled General Assembly, but it is unclear whether that will cost Democrats votes in November.

The poll by the Chicago-based firm Ogden & Fry — which is owned by a Republican candidate for Cook County Board —found that 40 percent of those responding describe themselves as “pro-choice with some restrictions,” including limits on late-term abortions, while nearly 25 percent describe themselves as “pro-life with exceptions” for things like rape, incest and protecting the life of the mother.

Perhaps more importantly, 78 percent of those surveyed said they believe parents should be notified before their minor child receives an abortion, including 35 percent who supported a judicial bypass in situations where parental notification is not possible or not in the child’s best interest.

Even among self-identified Democrats, 61.6 percent said they support some level of parental notification requirement.

The survey of 956 adults, 95 percent of whom said they were likely or very likely to vote in 2022, comes with all the usual polling caveats.

First, assuming the respondents were selected completely at random, the sample size would give the poll a margin of error of plus or minus 3.2 percent.

Second, the owner of Ogden & Fry, and the person who did the polling, is Matt Podgorski, who is also a Republican candidate for the Cook County Board. Podgorski’s firm did not receive a commission to conduct the poll.

Retiring state Rep. Mark Batinick, R-Plainfield, who is supporting Podgorski’s campaign, said in a phone interview that he suggested doing the poll and thought it would be good publicity for the firm.

The polling analysis website FiveThirtyEight gives the firm a grade of “B/C,” based on its track record in the 2014 gubernatorial race, when it accurately predicted Republican Bruce Rauner’s margin of victory within a single percentage point, and the 2020 Democratic presidential primary in Illinois, when it overestimated Joe Biden’s margin of victory by 8.3 percentage points.

A final caveat comes from a political science professor that I used to quote regularly, Patrick Miller: “It’s one poll.” It usually takes multiple polls over an extended period of time before a clear picture begins to emerge.

That being said, the Ogden & Fry poll had some other interesting findings. For example, it showed President Biden with a 48.6 percent approval rating in Illinois – well above his national averages, but not necessarily surprising in a blue state like Illinois.

It also found that nearly two-thirds of those surveyed, 65.5 percent, said a candidate’s position on abortion was either “extremely” or “very” important in their voting decision. That number shoots up to nearly 78 percent among Democrats, many of whom may be motivated by the leaked draft U.S. Supreme Court decision suggesting the court may be poised to overturn its landmark 1973 decision in Roe vs. Wade that legalized abortion nationwide.

That last statistic, however, requires some context, because in every case, the decision is also affected by who the alternative is. Voters can, and sometimes do, vote for someone who is further to the right or left of them on a particular issue if the alternative is someone they consider utterly unacceptable.