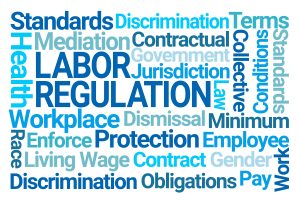 The provision is intended to prevent passage of any state or local “right to work” laws, which prohibit employers from requiring workers to be union members to keep their jobs.

SPRINGFIELD – Illinois voters will be asked in November to decide whether the right of workers to form unions and engage in collective bargaining should be enshrined in the state constitution.

The first clause of the amendment contains two sentences. The first would establish a “fundamental right to organize and to bargain collectively and to negotiate wages, hours, and working conditions, and to promote their economic welfare and safety at work.”

The second would prohibit the state or any local unit of government from enacting “any law that interferes with, negates, or diminishes the right of employees to organize and bargain collectively over their wages, hours, and other terms and conditions of employment and workplace safety.”

The provision is intended to prevent passage of any state or local “right to work” laws, which prohibit employers from requiring workers to be union members to keep their jobs.

The second clause states that the amendment would be controlling over another part of the constitution that spells out the powers of home rule units of local government, meaning those units of government would still be subject to the amendment.

Lawmakers approved putting the measure on the ballot during the 2021 spring session. The resolution passed both chambers with bipartisan support: 49-7 in the Senate and 80-30 in the House.

Like any constitutional issue, however, there is considerable disagreement over what those words mean and what effects they would have if the amendment is adopted.

The proposal is supported by several large labor unions, but it has drawn opposition from groups such as the Illinois Association of School Boards, the Illinois Chamber of Commerce and the Illinois Manufacturers’ Association.

To gather a sense of the arguments for and against the measure, the Illinois Associated Press Media Editors convened an online forum with Joe Bowen, communications director for a Vote Yes for Workers Rights, the only organized political committee campaigning on the issue. They also spoke with Mailee Smith, director of labor policy and a staff attorney with the Illinois Policy Institute, a conservative think tank that opposes the measure.

Text of the proposed constitutional amendment guaranteeing the right to unionize in Illinois.

The questions came from representatives of the Daily Herald and Shaw Media. The video is available here or linked below.

Bowen and Smith were asked at the outset what they believe the amendment would mean and the implications of adopting it.

“The workers’ rights amendment will guarantee your fundamental rights in the workplace to organize and bargain collectively with your coworkers to negotiate for things like better pay, safer working conditions, and crucially, it will also protect Illinois voters from politicians who try to take away their rights in the future,” Bowen said.

He said it gives Illinois workers an opportunity “to vote for themselves on Nov. 8.”

“It will enshrine protections that most of us are already enjoying while extending protection to workers who don’t currently have it,” Bowen said. “It will be a tremendous win for our workers as well as our entire economy and local communities.”

Smith, on the other hand, asserted that the amendment would apply only to public-sector workers because private-sector workers are already covered by the National Labor Relations Act, which would supersede any state law or state constitutional provision.

As a result, she argued that it would drive up local property taxes by giving public employee unions power to negotiate a broader range of issues, including “economic welfare,” which isn’t defined in the amendment or other state law. 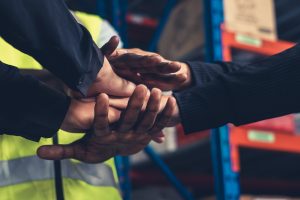 The proposal is supported by several large labor unions, but it has drawn opposition from groups such as the Illinois Association of School Boards, the Illinois Chamber of Commerce and the Illinois Manufacturers’ Association.

“And it’s not defined in other similar laws like the National Labor Relations Act,” she said. “That could mean things like the expansion of affordable housing or positions on rent abatement could be demanded by government unions.”

She also said the provision preempting right-to-work laws could have unintended consequences.

“It prohibits lawmakers, as the people’s representatives, from ever enacting reforms or fixes,” she said. “So if lawmakers decide down the line, ‘Oh, wow, we didn’t mean economic welfare to mean all of these broad subjects,’ they could never go back and define what economic welfare actually is because they’d be prohibited in the amendment itself from doing that.”

Bowen countered that the amendment has nothing to do with taxes but, instead, protects only the right of workers to organize and bargain collectively in the workplace.

If it were adopted, he said, it would apply uniformly statewide to all workers in both the public and private sectors. He also said it would protect workers from politicians who attempt to enact right-to-work laws, a reference to former Republican Gov. Bruce Rauner, who tried unsuccessfully to push such legislation through the General Assembly.

Finally, he suggested that the rights spelled out in federal law could change or be repealed at any time, referring to the recent U.S. Supreme Court ruling that overturned the right to abortion that had been established under Roe v. Wade.

“And I think it’s critically important at a time when we don’t know what’s going to happen tomorrow – and we’ve seen a lot of unpredictability and rights under attack, both federally and here in Illinois – to make sure that these rights stay in a lockbox and that they’re safe for workers for generations to come,” he said.

As a follow-up, the two were asked to identify what rights workers would have under the amendment that they don’t already have under existing law.

Bowen said the amendment would protect existing rights and extend them to “hundreds of thousands” of workers who aren’t covered under existing law. He said it’s important to guarantee bargaining rights now and into the future, considering “we spend almost half of our lives in the workplace.”

“Whether or not you have the ability to earn a good living, to stay safe on the job, it really impacts every part of your life,” he said. “So making sure that we guarantee these protections in the Illinois Constitution is critically important.”

Smith argued that elevating collective bargaining rights to the level of the constitution would put labor agreements beyond the reach of existing statutes that apply to public employee contracts.

“If a teachers union didn’t want to have background checks as part of the job application process, the hiring process, they could write that into their contract,” she said. “It could keep government union contracts a secret. They could actually void the (Freedom of Information Act) law that requires government union contracts to be open to the public, simply by writing that provision into the contract.”

Bowen initially declined to respond to that assertion, but later in the discussion said, “I don’t believe it’s legally permissible to enter into a contract that violates state or federal law.”

Constitutional amendments have two paths to passage in Illinois. If the measure receives 60 percent of the vote from those voting on the question, it passes. But if it fails to reach the 60 percent threshold on the question but still musters “yes” votes from more than half of those voting in the election, it would still pass.