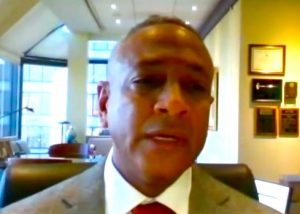 Editor’s note: This story is part of an ongoing “Lame Duck Look Back” series in which Capitol News Illinois is following up on the major bills that passed both chambers of the General Assembly in the Jan. 8-13 lame duck session.

SPRINGFIELD — The Illinois General Assembly pushed through legislation to allow victims in all personal injury and wrongful death cases to collect interest on money they were awarded by a court starting from the moment the alleged injury or death took place.

House Bill 3360 is meant to deter companies or individuals who are sued from intentionally stalling or delaying cases that would be successful at trial, according to the Illinois Trial Lawyers Association — a major lobbying force behind the bill.

Under HB 3360, prejudgment interest would not apply to municipalities facing personal injury or wrongful death lawsuits. The interest would begin to accrue once the company or individual being sued “has notice of the injury from the time of the incident itself or a written notice,” the bill states.

This means that the interest in these cases could begin to accrue before the injured party files a lawsuit in court.

Opponents — including members of the Illinois Defense Counsel — argued the measure unfairly targets defendants, or those being sued, and criticized how the bill was passed quickly by both chambers with limited time for meaningful debate.

It passed with only Democratic support in each chamber. It needs only a signature from Gov. J.B. Pritzker to become law.

IDC, an organization serving the interests of defense lawyers, also lambasted the bill for allowing prejudgment interest to apply to noneconomic damages, such as pain and suffering, and future damages, such as future lost wages or medical expenses.

A group of IDC members wrote a letter to Pritzker two weeks ago, encouraging him to veto the bill.

“When defendants know they committed a wrong that resulted in harm, they are incentivized to come to the table early, with a plan, as opposed to being incentivized to drag litigation out,” he said in a phone interview.

Sen. Jason Barickman, R-Bloomington, a lawyer who practices at a Champaign firm, argued during the floor debate that this bill could incentivize personal injury victims to decline settlement offers, and instead prolong cases due to the potential of collecting greater interest on the judgment amount.

“Isn’t there a shift in incentives to the plaintiffs to reject those settlement offers, unless there’s something done here to de-incentivize the plaintiff from simply proceeding with litigation, letting the interest accrue, and then obtaining a judgment that is in line with the settlement offer that may have been made years previous?” Barickman asked during floor debate.

Rogers said, in his experience, plaintiffs are interested in having their wrongs addressed without yearslong delays.

“Plaintiffs who have lost loved ones, lost breadwinners or have been unable to work due to being dismembered have every incentive to try to resolve their claims quickly and timely so that they can move on with their lives,” Rogers said.

Still, IDC members and some business groups — like the Technology and Manufacturers Association — maintain the measure would harm businesses that are already struggling because of the pandemic.

“It will have significant impacts on the ability to evaluate and to consider the larger impacts of litigation on companies and individuals,” said IDC President Nicole Milos. “Since so many Illinois businesses and so many Illinois residents are having to go through these significant financial challenges, now is not the time to impose yet another penalty upon them.”

Milos wrote a letter to Pritzker Tuesday, Jan. 19 urging him to veto the bill as well.

Although Rogers said the bill would only apply to verdicts, not to settlements reached out of court, Milos said settlements would be affected by this bill.

“When entering into a settlement negotiation, both sides review and evaluate the claim for what the verdict potential is, including in that the win-loss ratio and the value. And in this instance, that prejudgment interest will be included in that value calculation,” she said.

Milos said the bill is also unfair because some delays in these cases are due to the fact that courts cannot hold trials during the pandemic.

“Once this is signed, I have no expectation that the courts are going to magically open and COVID will magically go away. So that prejudgment interest will begin incurring when neither party can take their case to trial. I cannot find the fairness in implementing what amounts to a draconian sanction in an effort to move a system that is being absolutely contained because of a pandemic that no one controls,” she said.

“I hope that (Pritzker) appreciates the punitive measures that this imposes upon businesses,” she added. “And I would hope that the governor recognizes that this does not accomplish the goal that it set out to address.”