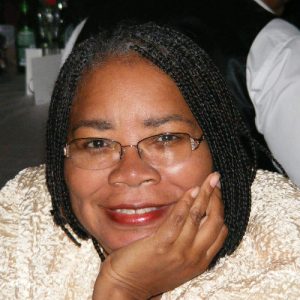 Angela Jackson, who was raised on Chicago’s South Side, is the next poet laureate for the State of Illinois.

Jackson is the fifth Illinoisan to hold the title, an honorary position selected by a committee of experts and subsequently appointed by the governor. The announcement came from First Lady M.K. Pritzker on Wednesday, Nov. 25.

Jackson is an accomplished and award-winning poet, novelist, and playwright, who has published three chapbooks and four volumes of poetry.

As Illinois’ next poet laureate, Jackson will work to promote poetry at the state and national level. She will join only four other esteemed poets who have previously held this title. The first Illinois Poet Laureate, Howard B. Austin, was named in 1936. The three other poets who have held the title are Carl Sandburg (1962-67), Gwendolyn Brooks (1968-2000), and Kevin Stein (2003-2017). In June, Gov. J.B. Pritzker posthumously named John Prine an honorary Poet Laureate.

“Illinois has a proud history of poets who have given us reason for hope in dark times, offered poignant insight into our own humanity and delivered profound social critiques, and as I considered the nominees to be our next Poet Laureate, all of these qualities were important in making the final choice,” said the First Lady, who serves as Honorary Chair and Final Judge of the 2020 Illinois Poet Laureate Search Committee. “Members of the committee nominated astounding talents from our state, and I’m grateful for their work. After spending countless hours reviewing all the nominees’ works, I’m confident that Angela Jackson will continue to be a bright shining light of wisdom, inspiration and connection as she promotes the power of poetry.”

“I am honored and excited to have been selected to serve as Illinois Poet Laureate,” said Jackson. “Legendary Poet Laureate Gwendolyn Brooks said, ‘Poetry is life distilled.’  I hope to bring to Illinoisans poetry that they can relate to, be lifted by, and find their lives illuminated in. Poems bring us to ourselves and poems bring us together.”

In June, the governor and First Lady announced the formation of the 2020 Illinois Poet Laureate Search Committee to fill the position that has been vacant since late 2017. The committee, comprised of poets, writers, and academics from across the state, reviewed nominations submitted by the public and recommended three finalists to be the state’s next Poet Laureate.

“Illinois has a proud history of influential poets and I’m proud to continue this tradition by formally appointing our state’s next Poet Laureate,” said Gov. Pritzker. “Angela Jackson is an acclaimed poet and writer and her expansive breadth of work has already inspired so many. I know her words will have a profound impact on the residents of our state as well as the next generation of aspiring poets.”

Jackson was born in Greenville, Mississippi and raised on Chicago’s Southside and educated at Northwestern University and the University of Chicago. She was a 20-year member of the Organization of Black American Culture (OBAC) Writers Workshop, succeeding the late Hoyt W. Fuller as its Chair.

Of Angela’s volumes, “Dark Legs and Silk Kisses: The Beatitudes of the Spinners” was awarded the Carl Sandburg Award and the Chicago Sun-Times/Friends of Literature Book of the Year Award. And “All These Roads Be Luminous: Poems Selected and New” was nominated for the National Book Award.

Jackson has received the Shelley Memorial Award of the Poetry Society of America, a Pushcart Prize, the Illinois Center for the Book Heritage Award, the Chicago Literary Hall of Fame Fuller Award, and the Literary Hall of Fame for Writers of African Descent from Chicago State University. In additional to her poetry, Jackson’s novels and plays have also been widely recognized and she has received two American Book Awards.

Remembering John Prine: A giant from ‘the other side of the tracks’