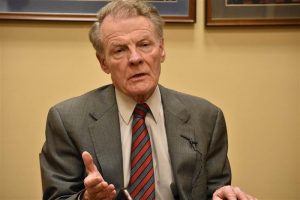 SPRINGFIELD – The chairman of the Special Investigating Committee probing Illinois House Speaker Michael Madigan’s alleged role in a bribery scheme said Tuesday, Oct. 6 that he will delay any further meetings of that panel until after the Nov. 3 general election.

“The committee will meet again in person on Nov. 5 in Springfield — without the backdrop of a political campaign,” Rep. Emanuel “Chris” Welch, D-Hillside, said in a statement.

That statement, which came exactly four weeks before the Nov. 3 general election, infuriated Republicans on the panel who accused Welch of stonewalling the investigation in order to protect the powerful Democratic speaker.

“Chairman Welch’s decision is an utter insult to the people of Illinois who want and deserve the truth,” Rep. Deanne Mazzochi, R-Elmhurst, said during a virtual news conference later in the day. “Chairman Welch has now become Chairman Squelch.”

Madigan, a Chicago Democrat who has served as speaker of the House for all but two years since 1983, was implicated in a bribery scheme in July when officials at Commonwealth Edison, the state’s largest electric utility, admitted to federal prosecutors that over a period of nine years, they handed out no-work jobs and lobbying contracts to close associates of Madigan as part of a concerted effort to curry his favor for legislation that benefitted the company.

Madigan has not been charged and has denied any wrongdoing, saying that all he did was recommend people for jobs.

Regardless, Republicans in the House, led by Minority Leader Jim Durkin of Western Springs, filed a petition to launch a disciplinary process on the grounds that Madigan may have engaged in “conduct unbecoming to a legislator or which constitutes a breach of public trust.” Under House rules, that charge could lead to disciplinary action, up to and including expulsion from the House. 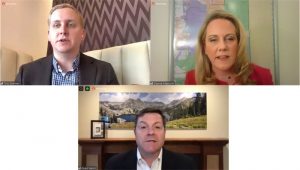 The special committee last met on Tuesday, Sept. 29, and heard testimony from ComEd Executive Vice President of Compliance and Audit David Glockner who said he could not specifically confirm whether the company’s actions had, in fact, influenced Madigan or whether Madigan was even aware of its intent to influence him.

Also during that meeting, Republicans on the panel sought to issue subpoenas to multiple other potential witnesses who had declined requests to testify voluntarily, including Madigan. Welch, however, ruled that request out of order, calling it “premature.”

Since then, Democrats and Republicans have engaged in back-and-forth criticism of one another, with Welch accusing Republicans of trying to use the hearings for “political theater,” while Republicans have accused Welch of stonewalling the process in order to protect the speaker politically.

“At every step of this process, our cooperation has been accompanied with the proviso that we will not allow this committee to be used as a stage for political theater — an admonishment our Republican colleagues appear to have taken more as a challenge than as a reflection of this committee’s serious work,” Welch said in a statement.

Asked via email how he distinguishes between political theater and a legitimate request for relevant information, Welch replied: “The (Special Investigating Committee) convening on Nov. 5, 2020 in the Capitol, after the election, removes this process from the backdrop of an election where two members of the committee are in the middle of contested political campaigns.”

That was a reference to two of the GOP committee members, Mazzochi and Rep. Grant Wehrli of Naperville.

“This request involves hundreds of people and could take months for ComEd to respond,” Demmer said in the statement.